By Gabi Ancarola
May 24, 2018
Facebook
Twitter
WhatsApp
Linkedin
Email
Some of the most important mansions in the northern Greek city of Kastoria will throw open their doors to the public during the European Year of Cultural Heritage.
Visitors will discover a lesser-known side of the city’s cultural heritage and its history dating back to 1700.
The project is an initiative of the Hellenic Society for Environment and Cultural Heritage, in collaboration with the Association of European Historic Houses as part of the Open Week for Cultural Heritage taking place all over Europe between May 25-27.

For the first time, locals and visitors alike will be able to explore privately owned mansions. One of the residences participating in the project is the so-called Manor Mansion, the oldest of Kastoria, built in 1700 and continuously inhabited by the descendants of the same family until the present.
Manoropoulos Mansion is an early 20th-century building which, together with the 19th-century Vergoula Mansion, have been renovated and function as high-end hotels. Both will also welcome the public during the event.
A mansion known as Nerantzis Aivassis, dating back to the early years of the 19th century, is also part of the project. This building has hosted the Folklore Museum of Kastoria since 1975. 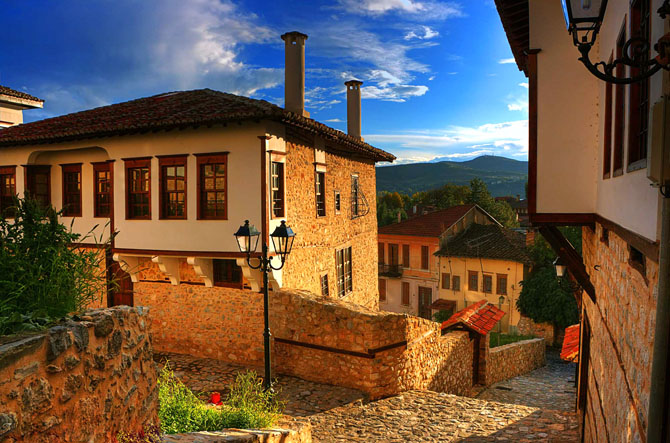 The Emmanuel Mansion, belonging to the Emmanuel brothers and built in the 18th century, is a stunning building home to the Museum of Costumes of Kastoria. The residence was inherited by brothers Panagiotis and Ioannou Emmanuel, who were close collaborators of Riga Feraiou in Vienna.
The Pheheon Mansion used to belong to Anastasios Pheheon, a teacher who took part in the rebellion of 1878. This mansion is today the Kastoria Museum of the Macedonian Struggle.
There are over 300 buildings listed as monuments in the municipality, some of them even belonging to the fifth generation of heirs who may not even be aware that they are the owners of such impressive buildings.
Photos: Ellet.gr; the Hellenic Environmental and Cultural Society