By Tasos Kokkinidis
April 18, 2018
Facebook
Twitter
WhatsApp
Linkedin
Email
At least 200 migrants, mostly Afghans, have occupied a central square in Mytilene, the capital of Lesvos, demanding the Greek authorities speed up their asylum requests.
Local media report that the migrants have set up camp and are refusing to move from Sappho Square.
There are fears that more migrants from the Moria migrant camp may go to Mytilene in solidarity. 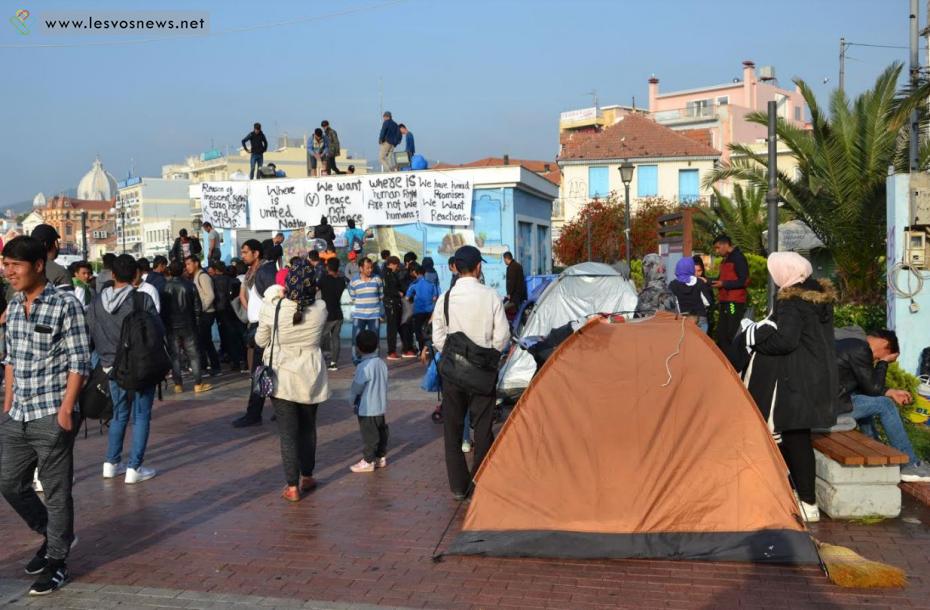 Correspondents say the atmosphere at Moria is tense due to overcrowding.
The reception center is designed to house around 3,000 migrants, but there now more than 6,000 living in deteriorating conditions.
New data from the EU’s border protection agency claim 7,900 migrants entered Europe through the Eastern Mediterranean route in the first quarter of 2018 — 30 percent more than in the same period of 2017.
FRONTEX, in a recent report, also revealed the number of undocumented migrants reaching the Greek islands in March was 3,700; this is 13 percent fewer than in March 2017.
However, the agency puts the overall increase down to “a rise of irregular crossings on the land borders with Turkey”.
On Tuesday, Greek Migration Policy Minister Dimitris Vitsas said there had been a 33 percent increase in refugee inflows in April compared to the same month in 2017.
In Evros, this had tripled the minister said because it is perceived that the land crossing from Turkey is safer.