GRNews
GreekReporter.comGreeceWhat to Do in Rethymno, on the Greek Island of Crete

What to Do in Rethymno, on the Greek Island of Crete

By Gabi Ancarola
April 9, 2018
Facebook
Twitter
WhatsApp
Linkedin
Email
Although it is the third largest town on the island, Rethymno still keeps a provincial flair rather distant from the larger towns of Heraklion and Chania. Rethymno is one of the best places one can see much of Crete’s history. 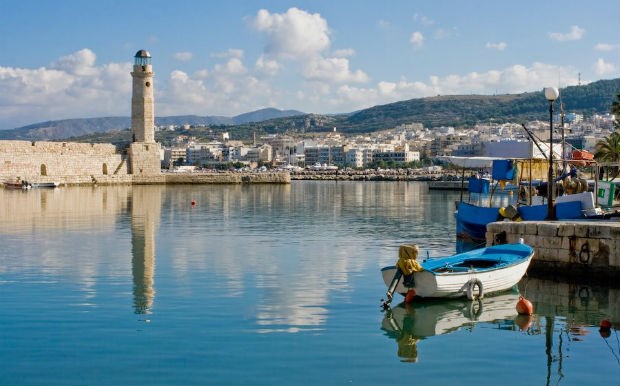 This popular city is located on the north coast of Crete, and the whole area combines unique features that attract visitors every year. An enchanting old town, beautiful sandy beaches and an inner land with an immense cultural value are some of the less traditional things to do in Rethymno.

The old town of Rethymno is located halfway between the capital of the island, Heraklion, and the city of Chania, making it a must stop for those traveling around Crete. It is a visitor’s favorite since it is fairly easy to walk around and it can be seen in a relatively short amount of time. When in Rethymno, it is a good idea to start by walking along the quaint Venetian port. Here, it is possible to sit in one of the many bars along this old marina and enjoy the view of the beautiful lighthouse.


After a while, walk down the alleys of the Venetian town to discover much of its remaining Turkish architecture, as well. It is a good idea to visit some of the local artisans and shops too. Stunning Venetian palazzi converted into boutique hotels welcome you in blossomed gardens for an afternoon break or maybe a spa getaway.

Finally, pay a visit to the Venetian Fortress, locally known as Fortezza, with the impressive Mosque of Sultan Ibrahim and the guard towers in the corners facing the sea.

A Wine Region not to be Missed


Home to one of the indigenous stars among Cretan whites — the Vidiano variety. Contrary to popular belief, Rethymno is home to only a few wineries.
Not far from the city, Klados is a small family winery happy to welcome all those wine lovers interested in their limited range of labels. The approach to wine production is that of a boutique winery, which is really paying off in the wines produced.


There is more than one interesting monastery to see in Rethymno. The impressive Arkadi Monastery, with its rich history, welcomes hundreds of tourists every day interested in taking a look at its unique Baroque architecture. The history of Arkadi goes hand in hand with the history of the island as well as all its battles for independence.
The Prefecture of Rethymno also hosts the magnificent Moni Preveli, a monastery located on the southern coast of the island, near a palm tree forest and a unique landscape made of a river flowing into the sea.

They might not be as spectacular as the beaches located in other areas of Crete, but still, some of the most popular and beloved beaches of the island are on the coast of Rethymno.


Some of the ones worth visiting are Bali and Panormo on the north coast, as well as the beach in Preveli, Triopetra, and Agia Galini in the south.

There are several villages to visit in the region of Rethymno. Anogia is one of them and is considered by many to be one of the most attractive mountainous villages of Crete.
Anogia is about 750 meters on Mount Psiloritis, in a quiet, secluded location which has allowed the village to maintain a strong authentic character as well as traditional costumes and its old Cretan dialect.


The village of Anogia was burned by the Ottomans during the Turkish occupation, while in 1944, the occupying German forces destroyed buildings and killed local men as a payback for the local resistance kidnapping of a German general.
The village is known for the woven and embroidered pieces with designs unique in the village.
Another village in the area; the small hamlet of Margarites, is easy to walk around in. This colorful little town is home to several traditional ceramic studios and workshops — pottery being the most characteristic feature of the place.

All kinds of vases, pots and ceramic objects populate the streets going up and down, following the irregular shape of the territory. Artisans are always interested in engaging in talks with visitors and even eager to teach you the basics of their skills.
In the main square of Margarites, in front of the Municipal Library, a big home-style taverna with a stunning view of the surrounding mountains and valleys, serves quality comfort food in a very friendly atmosphere.

The Archaeological Site of Eleutherna


The archaeological site of Eleutherna and its state-of-the-art museum, are two places that should not be missed. They are no more than 25 km from the town and offer a spectacular window to the past of the island. Eleutherna, also known as Apollonia, was an ancient city-state with a very rich history.
Different archaeological findings have thrown light onto unique settlement patterns, sanctuaries, and necropolis.
The nearby Museum of Ancient Eleutherna is not big and rather easy to explore. Interesting exhibits and collections of artifacts put on display the history of the archaeological site. The museum also portrays interactive films and explanations that make the visit utterly didactic.