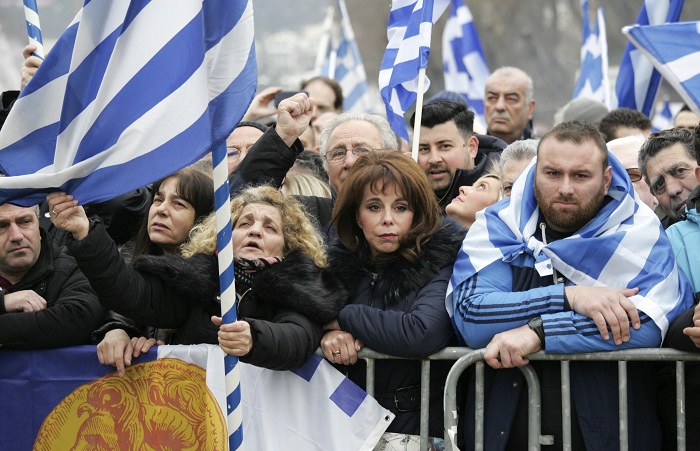 Citizens’ Protection Minister Nikos Toskas said all measures will be taken to safeguard the rally against the use of Macedonia by FYROM scheduled to take place in Athens on Sunday.
Speaking to Greek TV, Toskas added that the organizers of the Syntagma Square rally should also take steps to isolate extreme right-wing elements that may try to join.
He defended the ministry’s approach towards leftist groups that are planning a counter-demonstration on the same day, saying that a democratic government cannot ban demonstrations whether it agrees or not with their demands.
Police will shut some metro stations near the venue and riot police will be deployed in various parts of the Greek capital to prevent clashes.
Hundreds of thousands of demonstrators are expected to descend on Syntagma Square in what is being dubbed as the biggest demonstration in recent Greek history.
At least 2,500 coaches are expected to arrive in Athens from other Greek cities.
World-renowned composer Mikis Theodorakis will be among the keynote speakers in the rally that is scheduled to start at 2 p.m. local time (1200GMT).
Organizers say that the rally is beyond political parties and its message is patriotic and non-partisan.
They stress that it is being financed by Macedonian organizations in Greece and abroad, and in particular the U.S..
In a similar rally that took place in Thessaloniki on Jan. 21, more than 100,000 people attended.