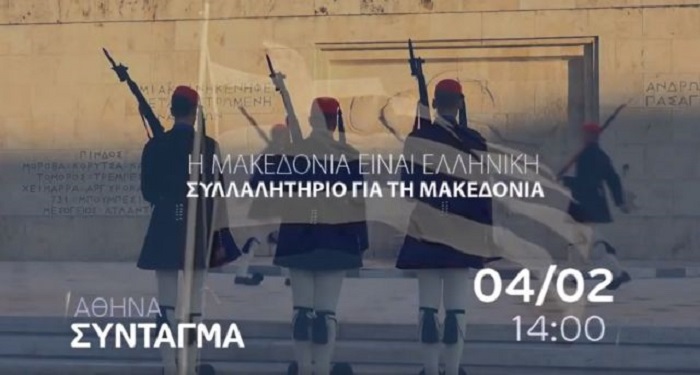 Organizers of the ‘Macedonia is Greece’ rally to take place in Athens on Sunday have appealed for a strong turnout despite threats of disruption by leftist groups.
Michalis Patsikas, a member of the organizing committee, called on people to go to Syntagma Square en masse to proclaim that “Macedonia means Greece.”
Speaking to Greek site in.gr, Patsikas stressed there was nothing to fear, despite threats by a leading member of the Rouvikonas anarchist group that “blood may be spilled”.
Leftist and anarchist groups have called for a counter-demonstration near Syntagma Square on Sunday, prompting Greek police to make contingency plans to prevent possible clashes.
A professor of constitutional law, Giorgos Kassimatis, who will be among the keynote speakers at the rally, said that some elements were trying to create a sense of insecurity.
Those who are planning to disrupt the rally are the real fascists, he said.
A similar rally that took place in Thessaloniki in January drew more than 100,000 people. Organizers are hoping that the numbers in Athens will be much greater.
World-renowned Greek composer Mikis Theodorakis will also address crowds at the rally.
A video from the organizing committee has been released