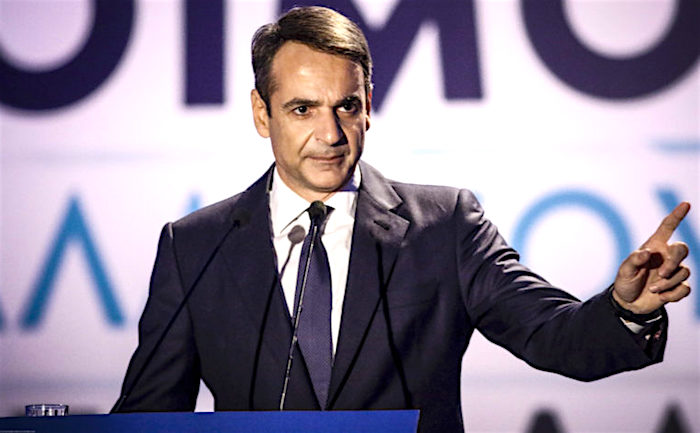 “Instead of putting an end to austerity, he brought poverty…and he became the worst establishment himself,” New Democracy President Kyriakos Mitsotakis said about Alexis Tsipras and the third anniversary of SYRIZA in power.
In a video statement released on Thursday, the day the leftist party celebrates three years in government, the main opposition chief lashed out on the prime minister saying that Tsipras cheated Greek people.
“Three years have passed since Mr. Tsipras deceived the Greek people. He promised to put an end to austerity and the old (establishment). Instead he brought more poverty, the dissolution of the middle class and heavy taxation. He cut wages and pensions. He created the 360-euro generation. And he ended up becoming the worst establishment himself,” Mitsotakis said.
According to the conservative party chief, “the Greeks do not trust the prime minister to solve the financial problems we face. They do not trust him for the big national issues either.”
“Here in New Democracy we are ready. To change Greece, to make the lives of Greeks better. We can and we will. Because above all people are thirsty for a future they deserve.”