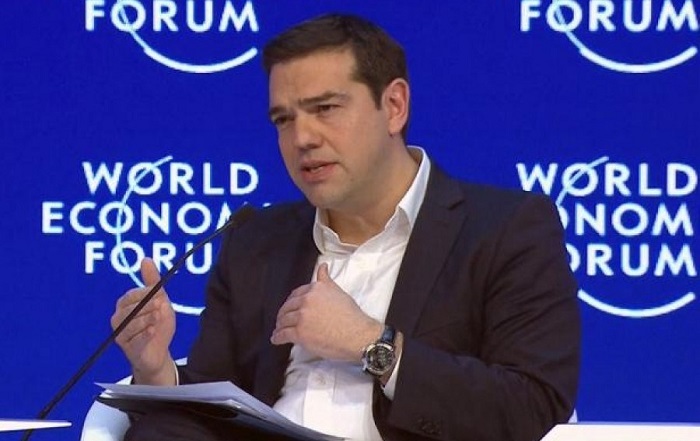 Prime Minister Alexis Tsipras said on Wednesday the migration problem is a European and international issue and not the concern of Italy and Greece alone.
“It is necessary to face this problem not as a Mediterranean problem that has to do with Greece and Italy, but as a European one and an international one,” Tsipras told a panel on Stabilizing the Mediterranean at the World Economic Forum in Davos, Switzerland.
Tspiras also noted that “Greece managed to handle the migration flows with dignity and in a humanitarian way,” as did Italy.
The Greek prime minister said that “the result of the austerity policy created difficulties” in societies; now, he added, the main political problem is to halt the rise of “racist, nationalistic, fascist” forces that do not believe in the common goals and values of the European Union.
Tsipras stressed the importance of a common policy on migration, adding that the problem is not that these people are looking for a better future in Europe, but that they cannot continue to live in their own countries.
Source: ANA – MPA