GRNews
GreekReporter.comGreek NewsDiplomacyTurkish Minister in Athens: Greece Should Give Up Coup Suspects

Turkish Minister in Athens: Greece Should Give Up Coup Suspects 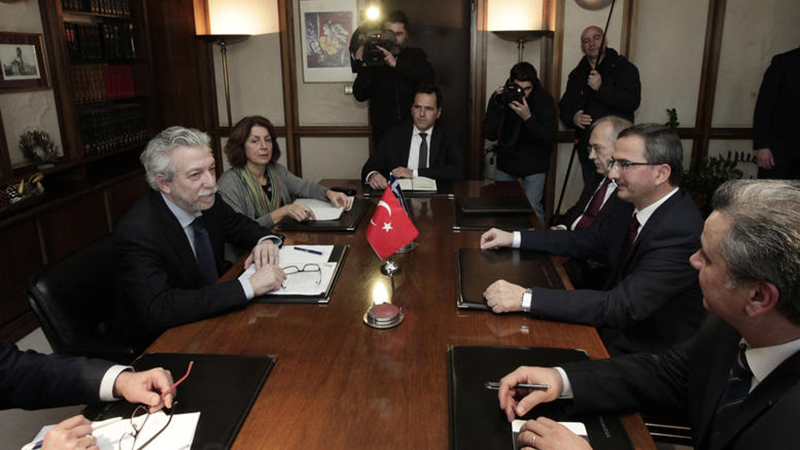 A Turkish delegation in Athens on Tuesday repeated demands for the extradition of the eight former Turkish servicemen suspected of taking part in the country’s 2016 coup attempt.
Deputy Justice Minister Bilal Ucar reiterated Ankara’s call for the men to be returned to Turkey for trial during a meeting with Greek Justice Minister Stavros Kontonis.
Although the extradition issue was not on the agenda, the Turkish officials made sure to relay their country’s demands.
Kontonis, who introduced the possibility of a Greek trial for the eight Turkish men during a radio interview last week, told the Turkish officials extradition was out of the question.
The Greek government respects the decisions of the Supreme Court, the minister said, referring to its decision to deny extradition.
However, Turkey could relay another extradition request, with additional data, or ask for the officers’ trials to be held in Greece, he added, according to reports.
The implication is the only way for the case to move forward would be if Turkey takes a different initiative, in view of the fact the Greek Supreme Court decision is final.
The issue has been causing considerable stress in Greece/Turkey relations, especially given the fact that the eight officers have applied for Greek political asylum.
A request by one of the applicants was granted by the courts, but the Greek government has since appealed the ruling, seeing the Turkish national returned to custody.
Athens has been trying to deal with this hot potato but it appears that whichever way the case goes it is a lose-lose situation for the Greek authorities; if the government sticks with the court rulings, it risks a huge crisis in the country’s relations with Turkey.
If it wins the appeal against the political asylum decision, it will face the wrath of international human rights groups — not to mention immense criticism from the opposition — for returning the eight men to a country operating under a state of emergency and whose democratic and legal norms have been questioned by the international community.