GRNews
GreekReporter.comGreeceAsylum Request Approved for Turkish Officer Who Fled to Greece after the... 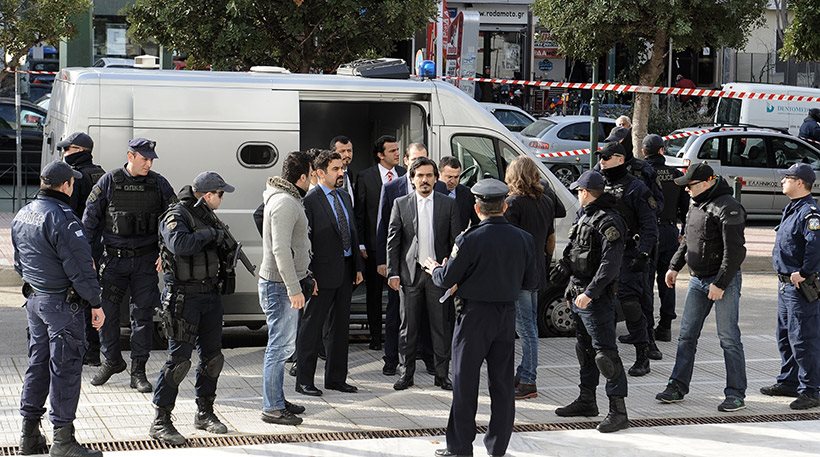 On Monday, Greece approved the asylum request of one of the group of eight Turkish soldiers who fled to Alexandroupolis after the failed coup attempt in Turkey in July. He was the co-pilot of the helicopter that landed in the Greek border city.
The 3rd Independent Second Degree Asylum Committee ruled that according to Amnesty International, the EU Council, international conventions, and various international organisations, the political situation in Turkey after the July 2016 failed coup is unacceptable in all human rights standards.
The Committee also ruled that there was no evidence that the helicopter co-pilot played any part in the attempted coup. On the contrary, it ruled that he was persecuted in Turkey for “political crimes”, thus he would not get a “fair trial”.
The other seven Turkish asylum seekers who landed the helicopter in Alexandroupolis are still being held in the Olympic Village police station in the northern suburbs of Athens awaiting the Committee ruling on their asylum application.
The Greek Supreme Court (Areios Pagos) ruled in favour of the 8 Turkish soldiers’ motion to not be extradited in their country on January 26, 2017. According to their testimony, when they attempted to fly the helicopter in Istanbul to carry people injured in the coup attempt, they came under heavy fire from government forces and were forced to flee.
The eight soldiers have applied for asylum and denied involvement in the coup, however, Turkey has formally sought the group’s extradition, calling them “traitors” and accusing them of hijacking the Black Hawk helicopter hours after the coup attempt against Turkish President Recep Tayyip Erdogan.