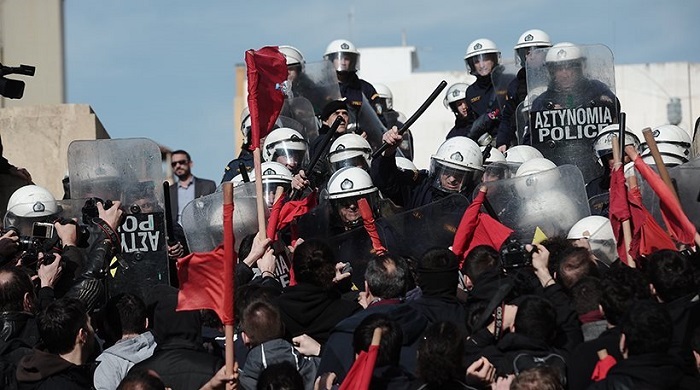 Greek police used tear gas on Friday to push away demonstrators that approached the main entrance of the parliament building in Athens where a bill containing new reforms is being debated.
The scuffles broke out following a peaceful march through the center of Athens by an estimated crowd of around 20,000.


Earlier, on a day when Athens’ metro came to a standstill and ships remained docked as workers embarked on a 24-hours strike, demonstrators from the communist-affiliated All-Workers’ Militant Front (PAME) labor union marched past the parliament building in Syntagma Square.
Bearing red flags and shouting anti-austerity slogans they demanded the axing of reforms being agreed between Greece and its creditors which, they say, among other measures, will restrict the right to strike. 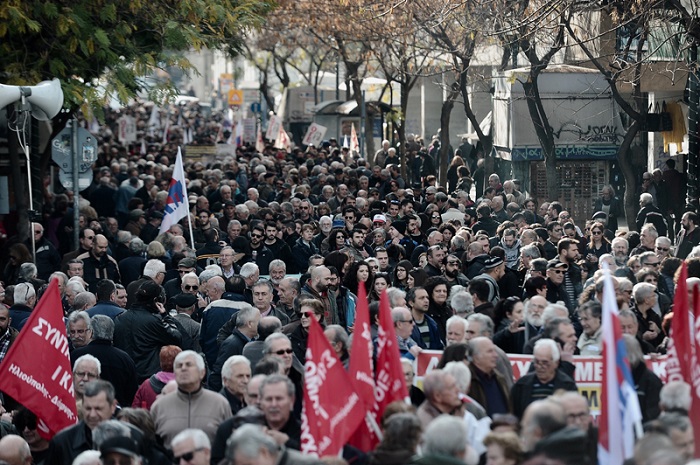 Leader of the Communist Party of Greece, Dimitris Koutsoumbas, said that the bill contained anti-labor measures. 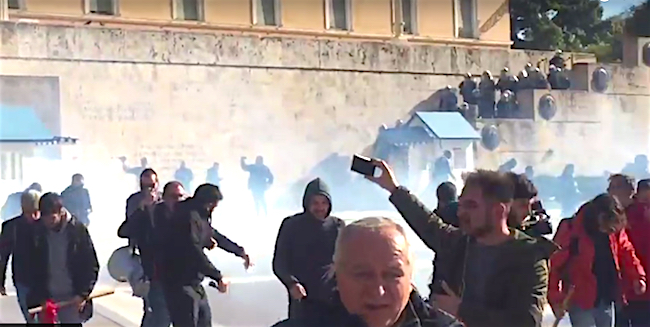 The bill pending approval in parliament on Monday will reduce family benefits, introduce a new process for foreclosures on overdue loans, and make it harder to call industrial action.
The reforms contained in a 400-article, 1,326-page bill are needed for the country to complete a third review of its bailout program.
Friday’s scenes follow a week of vocal and angry protests which has seen demonstrators barge their way into ministry buildings, confront Greece’s employment minister Efi Achtsioglou and assemble outside the heavily guarded residence of Prime Minister Alexis Tsipras.