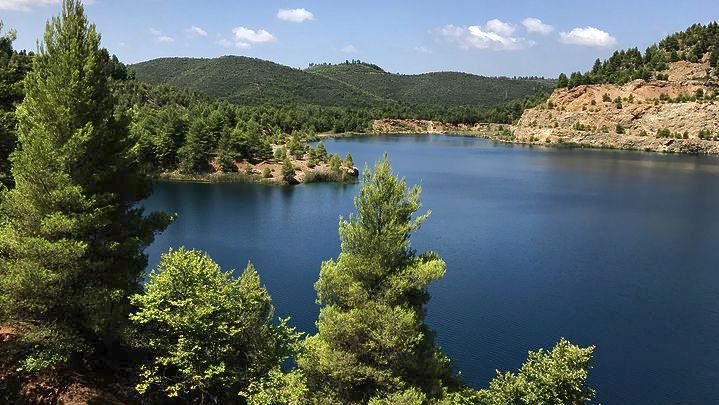 A former mining complex in Mantoudi, in Northern Evia, has turned into a magnificent alpine landscape as 12 natural lakes have been created from the mining craters.
Mantoudi, only two hours away from Athens, is like a miracle of natural transformation. Most of the lakes have a depth of about 80 meters.
The underground waters that came to the surface created a hospitable ecosystem. Wild reeds, oleanders, pines and plane trees make up the landscape. There are many amphibian reptiles, birds, turtles, and fish that were thrown to the lakes by locals. 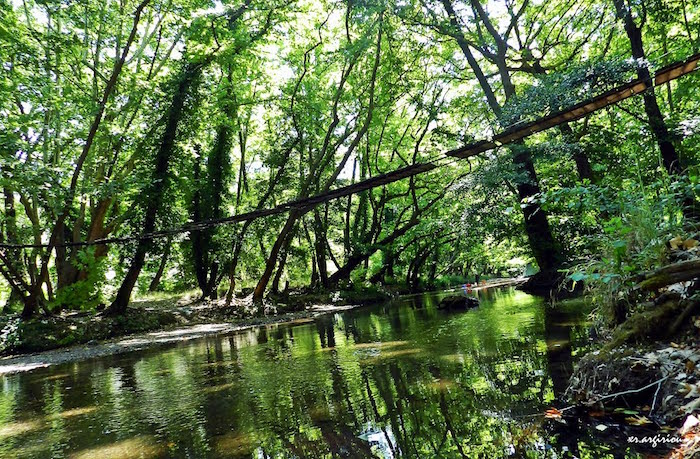 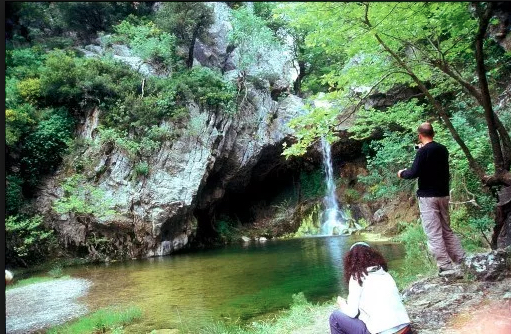 The lakes have developed in two areas: the first one is in Paraskevorema, between Prokopi and Mantoudi and the second on the slopes of the neighboring mountain range Kantili, between the villages of Dafnona, Kakavos, Spathari and Kalyvia.
The municipal authority of the municipality of Limni Mandoudi-Agia Anna claims the exploitation of the lakes in the framework of educational tourism programs.
As the mayor of Limni Christos Kaliviotis told the Athens Macedonia News Agency, the exploitation of these lakes can be included in the wider program for the creation of the Geopark of Northern Evia.
In the first phase, some basic infrastructure (benches, tables, pavilions, etc.) will be put in place, so the area can become a recreation attraction in Northern Evia for the whole year, and not just in the summer months.
In Paraskevorema there is also a living monument of nature, the Great Platanos (or Geroplatanos) of Evia.
Next to the River Keira sits the oldest, perhaps, plane tree of the Balkans, as its age is estimated from 1,500 to 2,000 years.
In 1972, its trunk had a perimeter of 18 meters, a diameter of 6 meters, the height of the tree was 30 meters, and the extent of its shadow was 2.5 acres.