Island Mayors and Residents in Athens Protest over Migrant Overpopulation 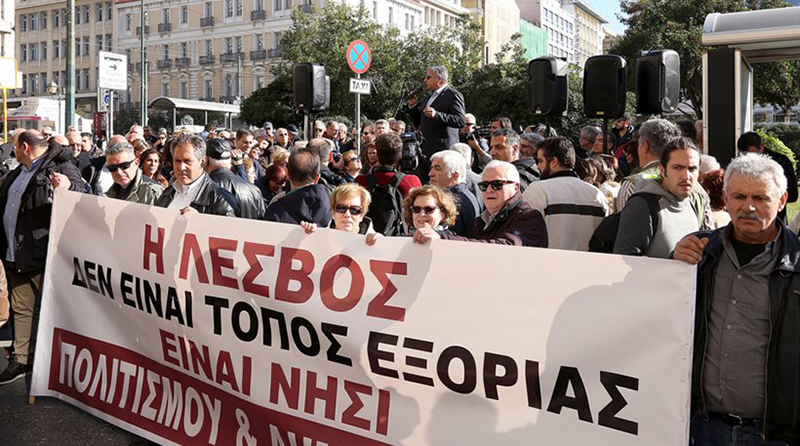 Residents and officials from three eastern Aegean islands have demonstrated outside Greece’s ministry for migration, protesting the increasingly precarious and overcrowded conditions for newly arriving migrants and refugees.
The mayors of Lesvos, Chios and Samos, along with dozens of locals, travelled to the mainland to protest outside the ministry Tuesday, demanding the government take measures to reduce overcrowding.
Under the European Union-Turkey deal reached last year to reduce the migratory flow, those arriving on Greek islands from the Turkish coast are held in camps on the islands and face deportation back to Turkey unless they successfully apply for asylum in Greece.
The lengthy process has led to severe overcrowding. On Lesvos island more than 6,500 people are stuck in facilities with a capacity of just over 2,300.

Prince Philip, who  passed away on Friday at the age of 99, has never officially visited Greece since his father was exiled.
Ancient Greece

The idea of ancient cities lost underwater for centuries might seem like something out of a movie. After all, the legend of Atlantis has...