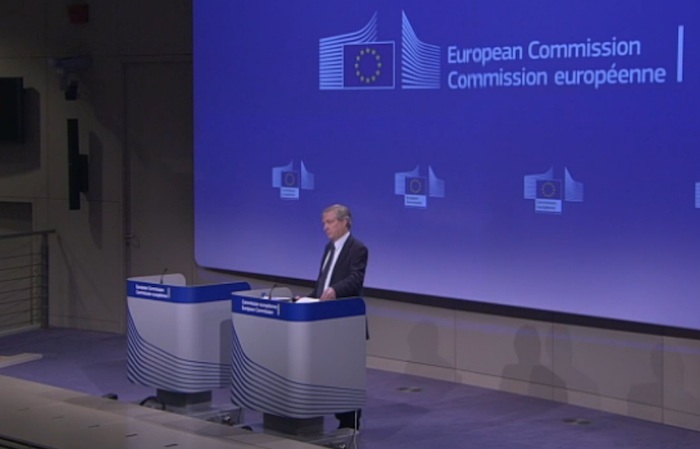 The European Commission talked up the Greek government’s reform drive, but warned that more reforms are required, as creditors are reviewing the bailout terms and considering a post-bailout landscape for Greece.
“Greece has undertaken significant reform efforts across all policy areas,” the European Union’s executive arm said in a 187-page report assessing the country’s record of compliance with its bailout terms.
“The Greek economy has remained more resilient than expected in a difficult environment, fiscal targets have been widely outperformed, and game-changing structural reforms in areas such as tax administration, the business environment, energy, privatization and public administration have been launched,” it says.
“The recovery remains fragile,” according to the report published Monday. “The large outstanding policy agenda calls for further continued determined reform efforts until the end of the program and beyond.”
Amid the praise, the commission staff who compiled Monday’s report cited a need to reduce red tape, open up product markets, simplify investment licensing, modernizing the framework for land use and setting up a land registry as steps that Greece still needs to take.
European officials are trying to work out a formula that will allow the Greek government to regain control over its economic policies, while also ensuring it doesn’t return to the fiscal recklessness that helped precipitate the crisis in 2009.
Greek and EU officials say a possible compromise could see Greece committing to a “no backtrack” clause, essentially guaranteeing that it will not reverse any of the reforms undertaken as part of its bailout.
Source: Bloomberg