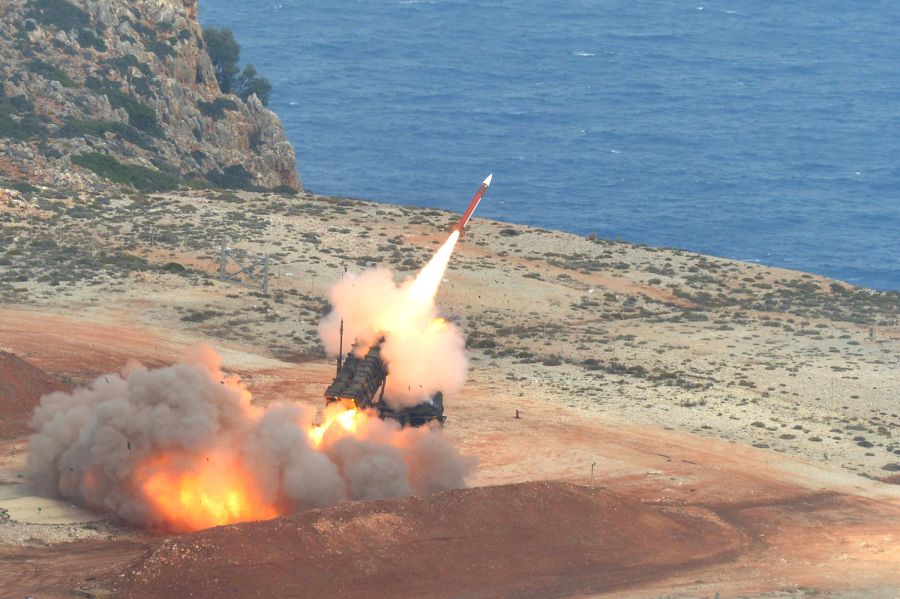 Live-fire “Artemis Strike” exercise, which is being held in Crete for the next two weeks, with Germany leading, will test NATO’s ability to deter, and if necessary, intercept missiles entering its airspace.
U.S. troops will launch Stinger and Patriot missiles from the Greek island of Crete in an effort to boost the Army’s short- and long-range air defenses in Europe, an area of heightened focus as the Army works to close potential capability gaps.
Besides two Patriot batteries from the Baumholder; Germany-based 5th Battalion, 7th Air Defense Artillery Regiment, Stinger missile teams from the 173rd Airborne Brigade and 2nd Cavalry, will test newly acquired short-range missile defense capabilities.
The “Artemis Strike” has taken on increasing importance in light of a more assertive Russia and a buildup of Moscow’s missile capabilities in its enclave of Kaliningrad; located between NATO countries Poland and Lithuania.
More than 600 German soldiers from the Surface to Air Missile Wing 1, along with more than 200 U.S. soldiers from the 10th Army Air and Missile Defense Command, will fire about 100 Patriot and Stinger missiles during the four-day drills at NATO’s Missile Firing Installation in Chania.
Troops participating in this week’s exercise will be evaluated by a team of NATO officers.
The live-fire portion kicked off on Monday morning, when German and American troops fired short-range missiles.