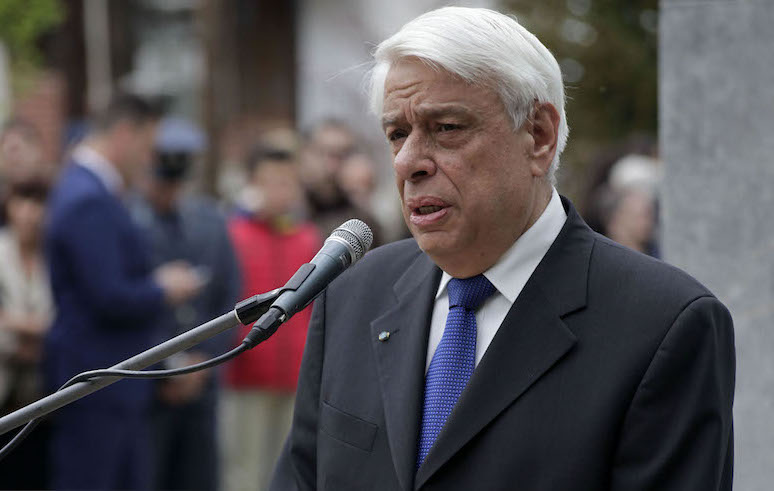 Greek President Prokopis Pavlopoulos has once again demanded Germany pay World War II reparations for the damage and atrocities done during the occupation.
Speaking during a visit to the village of Kimono, in Arta, in northwestern Greece, where more than 300 people were executed by Nazi troops in 1943, Pavlopoulos said that the country was justified in seeking reparations and for a forced loan taken out by the Axis powers during the occupation.
“Our claims are legally effective and judicially enforceable,” he said. Germany has repeatedly rejected Greece’s claims and says it has honored its obligations, including a 115 million Deutschmark payment to Greece in 1960.
In October, 2016, Pavlopoulos also insisted that Greece has a “self-evident right” to seek the reparations while speaking at an event marking the liberation of Athens from the Nazis.
Greece is seeking 160 billion euros ($178.65 billion) in compensation to cover the loan and damages resulting from the occupation. Previous Greek governments have pressed Germany on the issue but gave up, like the current Prime Minister Alexis Tsipras.