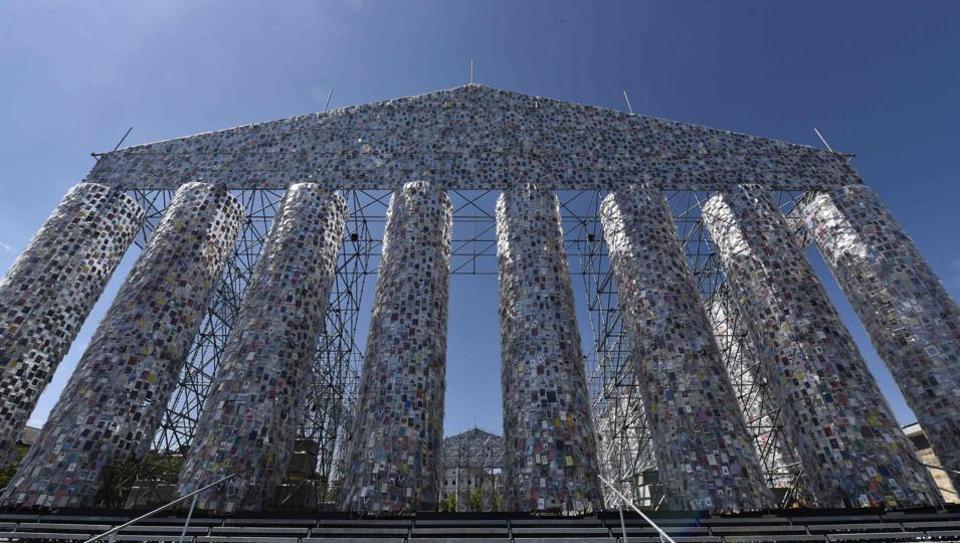 A replica of the Parthenon in Athens made from 100,000 banned books has risen at the Friedrichsplatz in Kassel Germany as part of the initiative of Documenta. The piece is set to open on June 10, 2017, and stay up for a hundred days.

The “Parthenon” of books which were once banned is located at the same location where on May 19, 1933 banned books were set ablaze by the Nazis. 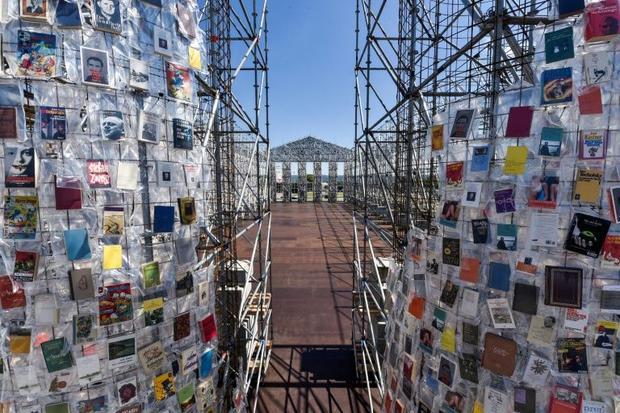 The project aims to recreate a similar project by Argentine artist Marta Munujin who created the Acropolis in Buenos Aires in 1983 using some 20,000 banned books as a symbolic statement following the fall of Argentina’s dictatorship. 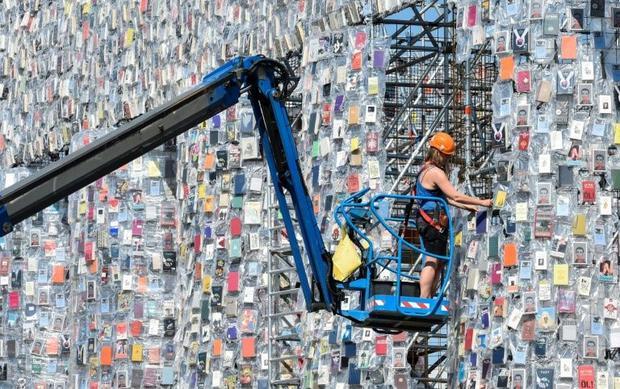 Adam Szymczyk, Documenta’s director, says: “Censorship, the persecution of writers and the prohibition of their texts motivated by political interests and attempting to influence our thoughts, our ideas, and our bodies are once again widespread today. The Parthenon of Books sets an example against violence, discrimination and intolerance.” 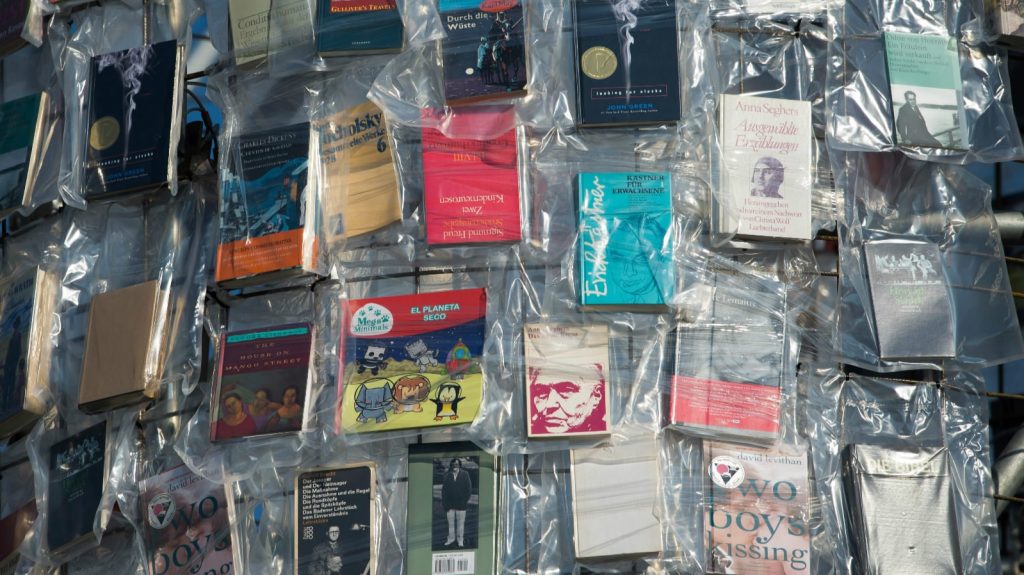 In all, the “Parthenon” in Kassel is made up of 100,000 copies of 170 titles that cover the metal columns and each book has been individually wrapped in a plastic bag to shield it from the unpredictable German weather.