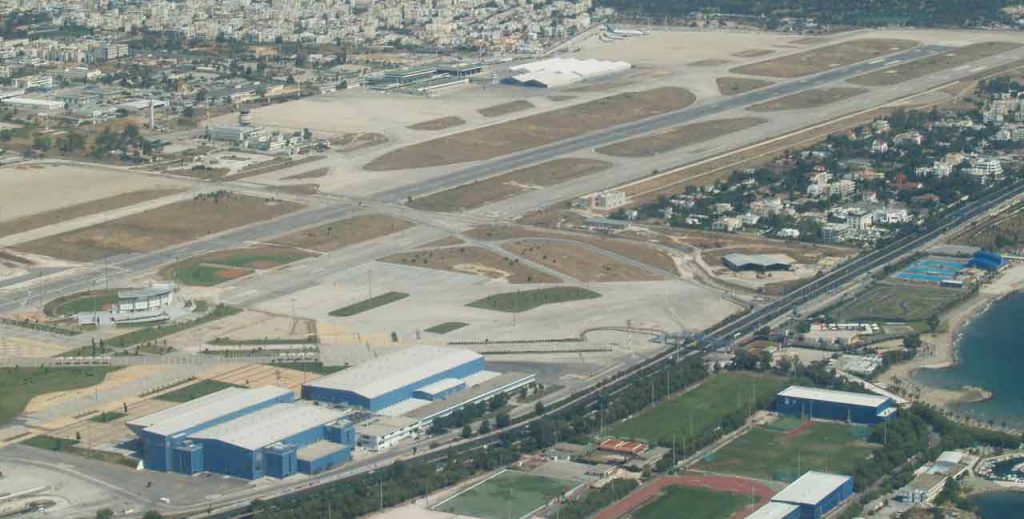 Greece’s Culture Minister Lydia Koniordou took back an obstacle she had put forth herself in the investment of the former Athens airport at Elliniko, claiming that three buildings are of cultural value and should be preserved.
The Ministry of Culture complaint was added to previous Forest Service objections that a part of the former airport is forest land, therefore it can not be privatized. The forest issue has not been legally resolved yet.
The previous culture minister had claimed that a big part of the Elliniko airport is an archaeological site. That obstacle had been removed. The current minister raised the issue of the cultural value of three buildings on the site, claiming that they are of architectural value and need to be preserved.
The investors (Lamda Development) have already agreed to preserve certain buildings and they are stipulated in the contract voted by the House. However, the culture minister added a number of other buildings that are not included in the agreement.
A letter from the Ministry of Culture (protocol no. 3288/317/51 dated 13/4/2017) to the Central Council of Modern Monuments, notified to multiple recipients and signed by Minister Lydia Koniordou, calls for the reexamination of the decision to not declare three particular buildings as worth preserving.
Specifically, the culture minister claimed that the shell of the West Terminal building, the old Control Tower and the original core of the former American College of Females that housed the Civil Aviation Authority need to be preserved as modern architectural monuments.
In the meetings between the investors and the Greek State, the three particular buildings were not deemed worth preserving because they are of dubious cultural or historical value.
Specifically, the West Terminal that was first built in 1948 by architect Thucidides Valentis had numerous alterations and reconstruction works done until 1985 and it was burned in 2005.
The same applies to the old Control Tower, also built in 1948 by Valentis, but the original construction was incorporated inside newer, bulky buildings and the original core simply does not exist.
As for the former American College of Females, it is a pre-WWII building by architect Stuart Thomas and was considered to be of minor architectural or historical importance.
However, after an extensive Kathimerini newspaper report published on Thursday, the culture minister took back the objection. The Elliniko development project is part of the privatizations the Greek government has committed to in the agreement with international creditors.