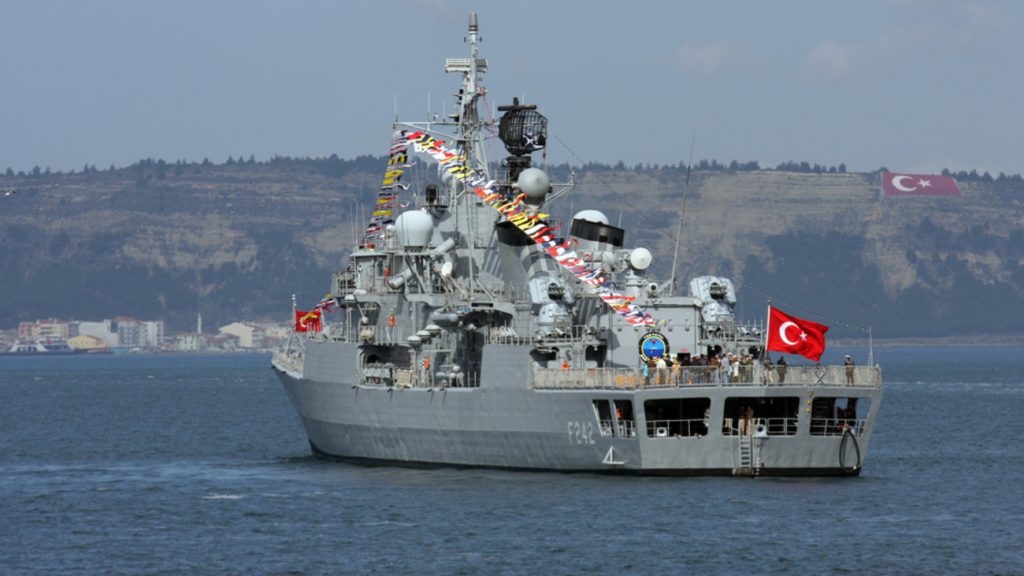 The Turkish Foreign Ministry in a written statement said that recent comments by Greece’s President of the Republic Prokopis Pavlopoulos show “lack of knowledge of basic international rules.”
Turkey’s reaction followed a statement by the Greek president who said that it is, “Greece’s natural right to defend against any invasion, with all available means in the Dodecanese (islands).”

“With surprise and anguish we follow the statements of the President of Greece that leave no doubt that he lacks knowledge of basic international rules,” the statement says, according to Turkey‘s Daily Sabah.
“The Treaty of Lausanne, taking into account Turkey’s defense needs, says that Aegean islands area is a demilitarized zone. The scheme continued and was strengthened through the Treaty of Paris,” the statement continued.
Ankara says that, “It is the duty of Turkey to express their objections to militarization of these islands by Greece, which threatens Turkey’s security and our right stems from international law but is also important for the maintenance of security and peace.”
The statement continues with jabs at Greece’s President of the Republic and says that “Greece internationally accuses our country for increasing the tension in the Aegean. But Greece does not hesitate to violate international law and the country’s chief representative makes provocative statements. That shows to the international community who raises the tension in the Aegean.”
The statement concludes stressing that, “Greece makes reference to international law to resolve the Aegean problems, but when called upon to fulfill its own obligations, it avoids doing so. Despite the provocative statements and unstable approach, we want to inform the international community that we will not budge on our rights and our faith in political seriousness.”