GRNews
GreekReporter.comGreeceVoutsis: Campaign Policy has Nothing to do With Early Elections

Voutsis: Campaign Policy has Nothing to do With Early Elections 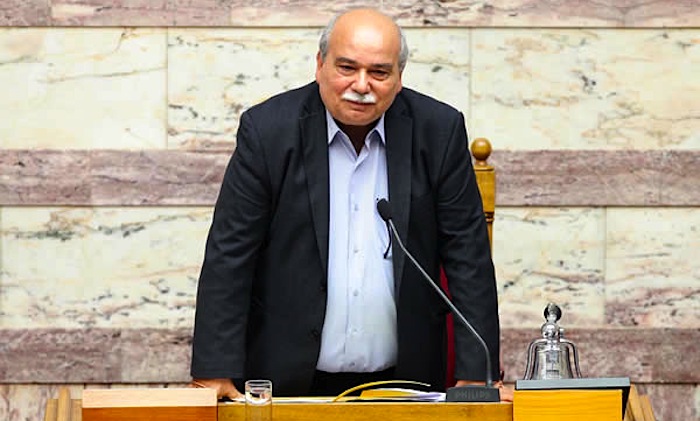 The government and SYRIZA delayed to have direct contact with the people, parliament president and SYRIZA deputy Nikos Voutsis said in an interview with Efimerida ton Syntakton adding that the campaign policy is very useful and has nothing to do with the possibility of early elections. Asked if he is afraid of SYRIZA’s collapse in the next general elections, Voutsis said he is not afraid of SYRIZA’s collapse or of the closing of the circle of the Left but he underlined that “I am afraid of the constant test of the relation between the government’s policy and the society.”
Referring to the completion of the second review of the Greek programme he said that according to the data he has, there is no problem adding however that “it would be a very negative surprise if a minority in EU requested the further delay of the second review for reasons that only in political terms could be explained.” Asked on which is the government’s biggest achievement, Voutsis said the fact that there is an alternative for Greece in a world that dominates the doctrine TINA (There Is No Alternative).
Voutsis expressed his discomfort over the “increasing suffocating supervision.” “We were never concerned in the return to the drachma” he said and called “a historic mistake” someone to flirt with such an idea in a period of nationalist rebound in Europe.
(source: ana-mpa)