The Fatal December that Led to the Greek Civil War 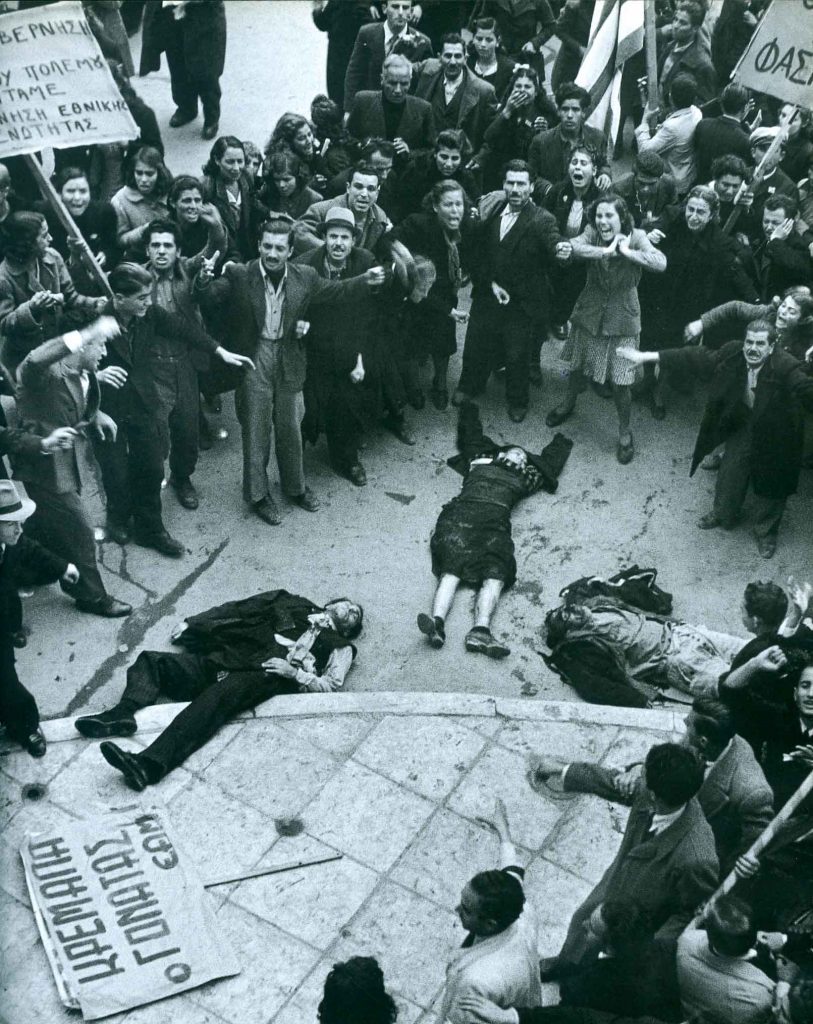 “Δεκεμβριανά” (Dekemvriana, December events) is a crucial chapter in modern Greek history and signifies the beginning of the Greek Civil War and the long-lasting division of Greeks to “rightists” and “leftists.”
The departure of the German occupation army in October 1944 left a power vacuum in Greece that was difficult to fill. The Greek coalition government, that had been formed in Lebanon under Prime Minister Georgios Papandreou, had returned with the backing of the British armed forces. The biggest Greek resistance force, the communist National Liberation Front (EAM-ELAS) that was controlling most of the land, initially participated in the new government with six ministers.
One of the first issues the new government had to resolve was the resistance groups’ demobilization and the creation of a national army. On November 5, Papandreou announced that after his cooperation with General Ronald Scobie — head of the British Armed Forces in Greece — EAM-ELAS and the army of the National Hellenic Democratic League (EDES) should be disbanded by December 10, 1944.
However, most of the fighters of EAM-ELAS who were influenced by the ideas of the Greek Communist Party (KKE) did not wish to be disarmed. In fact they realized that it was a good opportunity to take over the government with a revolution, using the example and the blessings of the Soviet Union.
On November 20, the communists decided to confront the bourgeois forces and the British. The negotiations for EAM-ELAS disarmament were botched on November 28, and on December 1, the ministers of EAM-ELAS quit the Papandreou government.
In a display of power, KKE organized a rally on Syntagma Square on Sunday, December 3, despite a government ban. The number of protesters is unclear, ranging from 100,000 to 500,000, depending on which side of the political spectrum one was. Suddenly, someone opened a barrage of fire against the protesters, killing 30 and injuring 148. Again, there are varied versions on who opened fire; some say it was the British and the shooting was an act of provocation, others say someone from the crowd opened fire and the police responded, others claim it was police that opened random fire at the crowd. 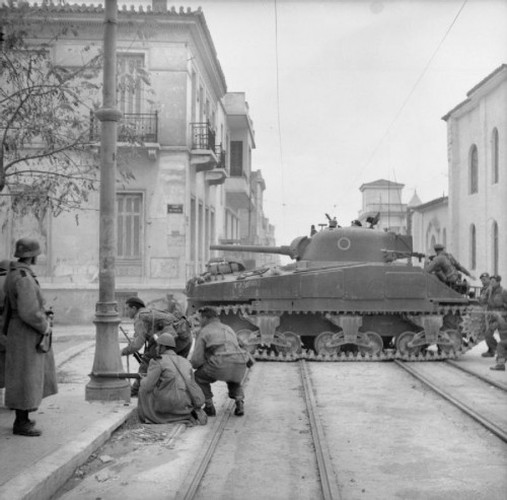 The day after the victims’ funerals, skirmishes broke out in Athens between the newly-formed national army aided by the British and EAM-ELAS. New protest rallies followed, resulting in more dead. Papandreou submitted his resignation but he was dissuaded by Scobie. But the battle of Athens had started. EAM-ELAS, 20,000 men strong, soon gained the upper hand and took control of most of Athens, except for the center of the city. The other side, comprised of policemen, gendarmes, Greek soldiers who had fought in Rimini and the British, were outnumbered counting only 7,500 men, but they were better armed, thanks to the British.
The leftist forces’ main aim in the battle of Athens was to disarm the resisting police forces. Particularly cruel were the battles at Makrygianni Gendarmerie headquarters (December 6-11). Eventually, the defenders held out and by mid-December the situation began to change in favor of the government forces, especially after the arrival of more British troops arriving from Italy.
British Prime Minister Winston Churchill had sent a telegram to Scobie saying, “Do not hesitate to act as if you were in a city you conquered and there is a rebellion by locals.” Churchill wanted Greece to be under British influence after he had “earned” it with hard bargaining by Josef Stalin’s famous “percentages agreement” signed in Moscow on October 9, three days before the departure of Germans from Greece.
The Soviet leader kept his word and never accused Churchill for interfering in Greek affairs. But Stalin did not discourage KKE’s leadership, who did not know about the Moscow agreement and believed that they would have the assistance of their Soviet comrades. Here historians are divided, with some of them saying that the leftists knew about the secret Churchill-Stalin deal and wanted to take power by force nevertheless.
On January 5, 1945, EAM-ELAS fighters were forced to retreat from Athens under the hammering from the superior government and British forces. On January 11, EAM-ELAS signed a truce with the British and on February 12, the December Events formally ended with the signing of the Varkiza Treaty, according to which EAM-ELAS men should surrender their weapons and a new national army should be formed.
However, most of the leftists refused to throw down their guns and took to the mountains. The following year the Greek Civil War broke out.