Riot Police Put an End to Occupation of Mosque Site in Votanikos, 15 Detained 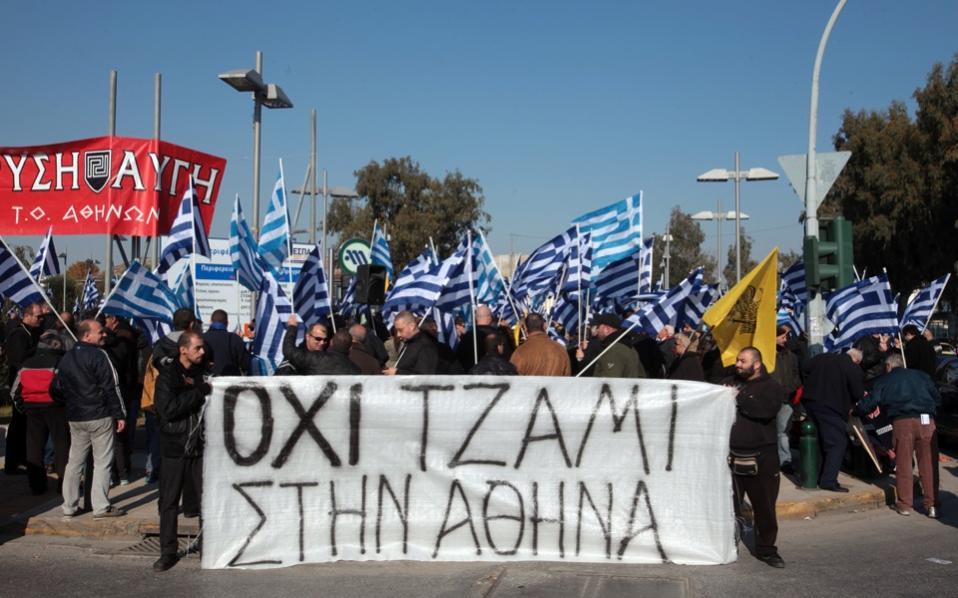 On Friday, Greek riot police put an end to a group of nationalists occupying a site at Votanikos where the country’s first mosque is set to be built.
The group of 15 nationalists referring to themselves as the “Association of Reservist Infantryman” had fenced off the area with barbed wire to make what they called a “Hotspot for Greeks,” referring to the hotspots for migrants that are all over Greece. They said that the hotspot was for homeless Greeks, not foreigners.
They have since been detained following the intervention of Athens Mayor Giorgos Kaminis when he called on the government to its diligent “duty” on Thursday to ensure that the site is cleared of the protesters.
The construction for the mosque will go ahead as planned and although it will cost the state some 887,000 euros, it is hoped that it will close down the 200 or so makeshift mosques throughout Athens, thus help root-out any extremists worshipping under the guise of a mosque.
The 15 nationalists detained have received praise and encouragement from the country’s neo-nazi Golden Dawn political party as well as other far-right groups. According to sources, it is reported that they have also launched an appeal with the highest court in Greece, the Council of State, against building the mosque.

The ''Ouzo'' restaurant is the best choice for those who want to experience the Greek and Mediterranean cuisine in Santa Marta, Colombia
Culture

A British woman living in Greece shared her disappointment on TikTok saying that she is actually a year older than she previously thought.
films

Greeks in Panama: A Small But Thriving Community in Latin America

Greeks are indeed everywhere, even in the tiny Central American nation of Panama where a small Greek community has made great positive impact.