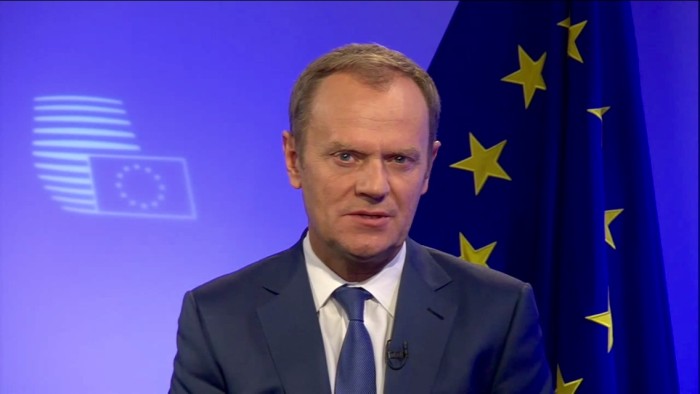 There has been a dramatic reduction in the refugee flows reaching Greece, European Council President Donald Tusk and European Commission President Jean-Claude Juncker told the European Parliament in Strasbourg on Wednesday.
According to Tusk, this reduction was as high as 98% relative to the same period in 2015, while Juncker presented specific figures to illustrate the results of the EU-Turkey agreement. A total of 739,000 migrants and refugees had reached Greece in the six months prior to this agreement, he said, while the figures fell to just 18,000 in the six months that followed.
The European Commission president also reported an impressive drop in the numbers killed trying to cross the Aegean, noting that 582 people drowned or went missing between April and October 2015, whereas this number fell to 48 during the same months in 2016. While every death was significant, he added, the first good results from the agreement could not be overlooked and Europe must continue to help Greece. This meant sending more staff to ensure protection of unaccompanied minors, speeding up relocation processes, as well as the resettlement from Turkey to Europe, he said.
Juncker also noted the need to reform the European asylum regime and the Dublin treaty mechanisms, in order to build an efficient European system.
On combating the causes of migration on a central Mediterranean axis, Juncker stressed the need for progress in cooperation with the African countries participating in the Migration Pact, including Niger, Nigeria, Senegal, Mali and Ethiopia.
Replying to an MEP about the 60,000 migrants and refugees currently trapped in Greece, Tusk said he was fully aware of the situation in Greece and that it was clearly “premature to talk about a success in the migration issue.” He urged the European Parliament to imagine, however, what the situation on the Greek islands might have been if the 98% reduction in migrant arrivals had not taken place.
(source: ana-mpa)