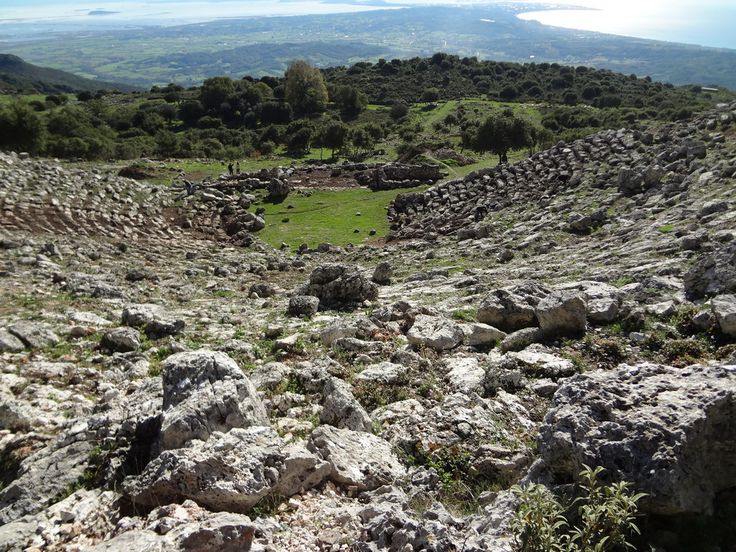 A non-profit organization has partnered with the National Bank of Greece (NBG) to launch a crowd funding campaign to conduct a restoration of the ancient theater of Cassope, located in Epirus, western Greece.
Using the bank’s crowd funding platform at www.act4greece.gr, the NGO Diazoma and NBG are urging people to donate money to the Ancient Theater of Cassope fund, hoping to raise the target amount of 80,000 euros. So far the campaign has raised 3,393 euros and will be accepting donations until December 31,2016.
The ancient theatre of Cassope is built in the southern foothills of Zaloggo and overlooks the peninsula of Preveza, the Ambracian Gulf, the Ionian Sea, the island of Lefkada and the Acarnanian Mountains. It was originally built in the 3rd century BC with a seating capacity of 6,000. It hosted music events, theatre performances and political gatherings of the Cassopean League.
Diazoma is a non-profit association set up in 2008 with the purpose of researching, studying, protecting, showcasing and, if feasible, putting to use ancient theaters and other venues for events, such as ancient odeons and stadiums.
It is supported by academics, intellectuals, artists and members of the public determined to take the fate of these monuments into their own hands and give dynamic assistance to the State and its relevant services in the effort to bring ancient theaters into modern-day life.
The association has designed its first Cultural Itinerary to cover the ancient theaters of Epirus and restoring the theater of Cassope is one of the top priorities specified in the itinerary.
Source: ANA-MPA