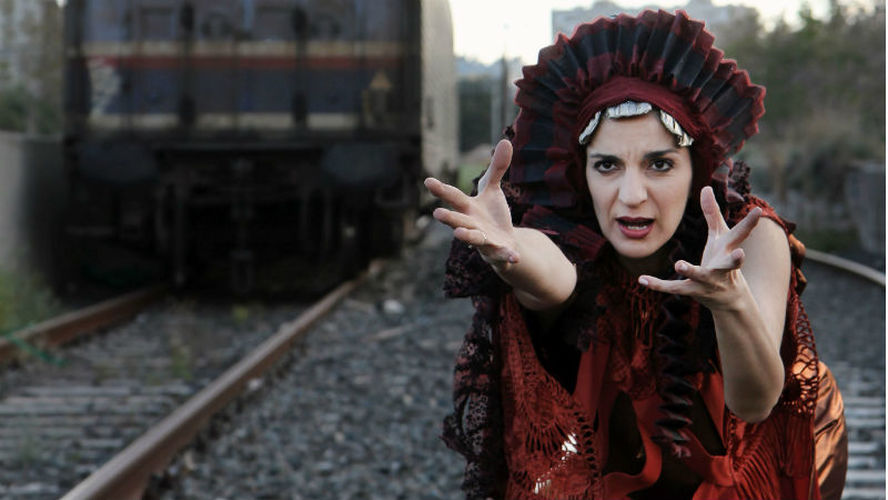 Fascinating Greek women from mythology to Modern Greece all meet at a renovated train wagon known as “To Treno sto Rouf.” The performance, in English, centers around the lives of three of Greece’s most passionate women — Medea, Maria Callas and Melina Mercouri. The production, titled “Women of Passion, Women of Greece,” is full of humor and emotionally charged to leave viewers hopeful that the passion of Greece still burns in its women.
Despite the different paths of their lives, the three women are all women of passion and legends in their own time. Joined by their passion, their temperament shows the Greek spirit as conveyed on a symbolic journey through time.
The performance features an actress and a musician that bring to life significant historical moments that carry audience members on a voyage through time with pit-stops along the way.
An actress, Evelina Arapidi, and a musician, Fotis Mylonas, meet on stage to bring to life significant historical moments and guide us through this imaginary voyage, where Greece is its departure and arrival at the same time with stops in the hearts of people around the world.

The work is written by Eugenia Arsenis, with direction by Tatiana Ligari. Performances run for an hour and take place every Sunday at 7:15 p.m. until June 30, 2016. Ticket prices are at 12 euros. To Treno sto Rouf is at Konstantinoupoleos Avenue, Rouf, southwest of Omonoia Square in Athens. For reservations, call 210-9237076.