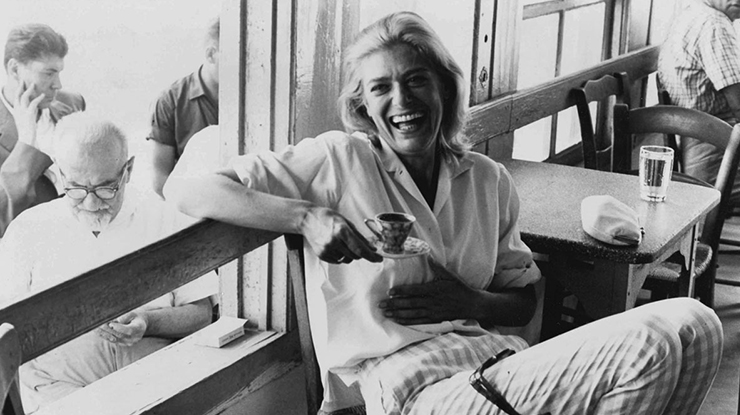 The Greek ministry of culture has decided to evict the Melina Mercouri Foundation from its building in Plaka, Athens, in order to house one of its services in the premises.
In a report at Proto Thema website, citing an official document issued last Friday, the office director of the Minister of Culture Panagiotis Douros and General Secretary of Culture Maria Andradaki-Vlazaki signed a letter according to which they ask the foundation’s management to allow the housing of a ministry service in the premises or leave the building.
The Melina Mercouri Foundation is housed on the 9-11 Polygnotou street in Plaka, in central Athens. The building is property of the ministry of culture. The housing of the ministry service would mean the foundation loses space that is vital for its operation.
The ministry decision caused the reaction of PASOK, as Melina Mercouri was a founding and emblematic member of the party. Mercouri is also considered the most successful culture minister in recent Greek history (1981-1989, 1993-1994). She was the one who started the campaign for the return of the Parthenon marbles to their rightful place.
In an official statement issued by PASOK, “The Melina Mercouri Foundation is a living cell of modern Greek culture in these miserable times” which “the government ought to protect.”
“A few days after the 22nd anniversary of the death of Melina Mercouri we learn that the ministry of culture decided to evict the foundation. An institution founded in her honor by her partner, Jules Dassin, immediately after her death in 1994,” the statement says.
“Of course, we are not going to remind Mr. (Culture Minister Aristides) Baltas and his party who Melina was and what her contribution to the arts, politics, history and the empowerment of women in our country,” the statement continues, noting that the Melina Mercouri Foundation organizes hundreds of events and exhibitions, offers scholarships to students and awards and prizes to new actors.
“Negligence? Indifference? Aversion to the political ideology of Melina? We don’t know what lies behind this decision,” the statement further says.