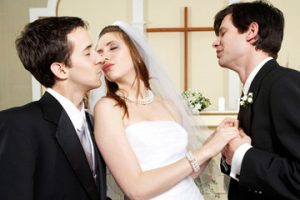 Extramarital affairs have traditionally been considered male domain, however, a recent study by the Andrological Institute of Athens found that women are just as likely to be unfaithful as men. A study of 2,000 participating couples found that 78 percent of the women have extramarital affairs, compared to the 84 percent of male cheaters. The two-year research also investigated the reasons as to why women commit adultery, as opposed to men and came up with a list of Top 10 causes of female infidelity.

10. If cheating could be assessed, then women would pass with excellence whereas men would fail. Men are caught in the act, whereas women aren’t even suspected.