Tsipras Calls on 'Progressive and Left-Wing Forces' to Change Europe 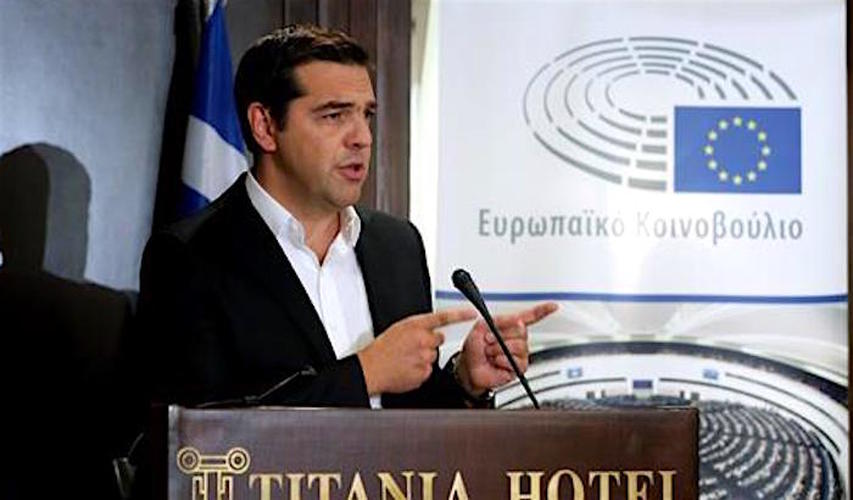 Progressive and left-wing forces should work together to change Europe, Prime Minister Alexis Tsipras said on Monday at the opening of an event to present an account of SYRIZA MEP Dimitris Papadimoulis’ parliamentary work for the period 2014-2016 in Athens.
“Progressive and left-wing forces must work together for a change in Europe because if Europe doesn’t change it will face serious existential issues,” Tsipras told attendants.
“We are at a very critical juncture for the future of Europe as a decisive confrontation at all levels is underway, with a clear political sign; a progressive pole on one hand, a conservative and ultra-conservative on the other,” he added, noting that progressive forces must not be so fragmented.
SYRIZA, he said, constitutes a reference point throughout Europe in this effort for these forces to not be fragmented and urged that all forces must agree to a social Europe by March next year. EU leaders are expected to gather in Rome to celebrate the 60th anniversary of the Rome treaty.
Tsipras called once again for the implementation of the EU-Turkey deal and reiterated Greece’s demand for debt relief.
Source: ANA-MPA