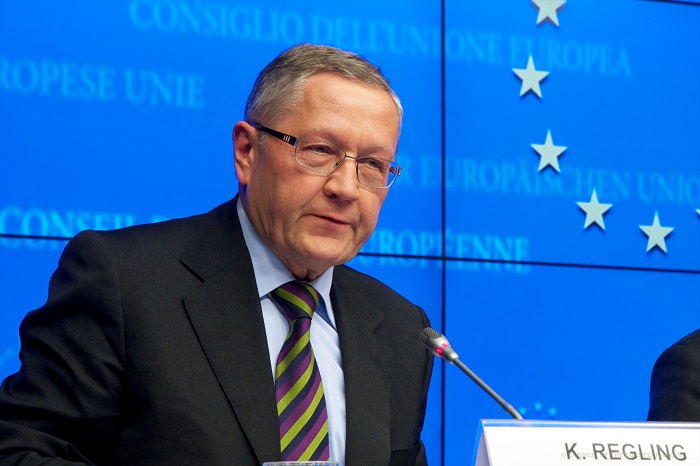 While the voices calling for the “haircut” on the Greek debt are growing ever stronger, European Union (EU) officials remain steadfast, sticking to their position that what is of the utmost importance right now is the implementation of the new bailout agreement signed last August between the Syriza-led government of Alexis Tsipras and Greece’s creditors, which demands additional austerity measures and reforms.
European Stability Mechanism (ESM) Managing Director Klaus Regling reiterated the official EU stance on the Greek debt issue in an interview to the Japanese daily Yomiuri Shimbun about developments in Europe.
Asked about the progress of structural reform and fiscal consolidation in Greece, Regling went to provide a broader point of view about the countries where ESM is involved, noting that four of those cases (Spain, Portugal, Ireland and Cyprus) have turned out to be “success cases.” The fifth one, that of Greece, he said, has been “a particularly difficult case,” and this is why it has being a recipient “of lots of emergency financing.”
Regling explained that the reason Greece is a special case is because the country had “the biggest macroeconomic imbalances,” which is why it has taken three programs to address its problems instead of just one as it was the case with the other four financially troubled eurozone member states.
At the same time, Regling admitted that “Greece has implemented more structural reforms than the other four countries,” but stressed that more needs to be done since the country “was coming from a very low level.”
But there have been improvements, said Regling. He claimed that “competitiveness has improved considerably” and attributed this to the fact that “wages, salaries, and pensions had been cut by 30 to 40%, real cuts in nominal terms.” He then went on to say that “all this must continue,” thereby leaving no doubt that austerity still has a long way to go in Greece.
When asked about voices calling for Greek debt relief, Regling offered a diplomatic response by saying that the issue of debt relief, if needed, will be examined only after the full implementation of the new bailout agreement. In this context, Regling  underscored the point that Greece had already received a major debt relief in 2012 when private creditors accepted a “haircut” on 50% of their claims.
In his comments about debt relief for Greece, Regling did not mention debt write-off, but only debt restructuring in the form of “lengthening the loan maturities or to have interest deferrals.”
In sum, what ESM Managing Director Klaus Regling said in his interview comments to the Japanese daily Yomiuri Shimbun is that Greece must proceed with additional austerity measures and reforms while any debt relief, if needed, will come most likely in the form of an extension of loan maturities and interest deferrals, which has been EU’s official position at least since early 2015.