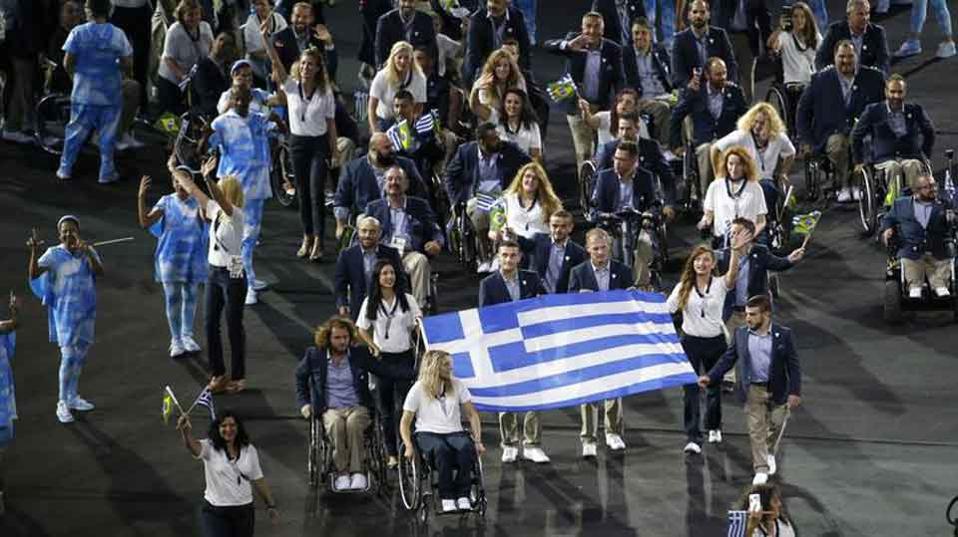 As the Rio Paralympics 2016 games came to a close on Sunday, Greece walked away with a total of 13 medals.
Greece won a total of five gold medals including Thanasis Constantinidis who scored the final gold for Greece on the last day of the games when he went forward to take gold while breaking the world record three times in the shot put F32 category.
The other four golds came from Dimosthenis Michalentzakis in the swimming category 100-meter butterfly S9, Che Jon Fernandes in shot put F53, Pavlos Mamalos in powerlifting in the 107 kilogram category and from Manolis Stefanoudakis in javelin F53/54.
Greece won a total of 4 silver medals, including Dimitris Senikidis in shot put F20, Panos Triantafyllou in fencing saber Category B, Grigoris Polychronidis in bocci BC3 category and Thanasis Constantinidis in club throw F31/32 category.
The bronze medal count was at four with winners Grigoris Polychronidis and the rest of the national team in bocci BC3 category, Dimitra Korokida in shot put F53, Dimitris Zisidis in shot put F32 and Dimitris Bakochristos in powerlifting in the 54 kilogram category.
As the games have concluded, Thanasis Constantinidis was chosen to be the standard-bearer in the closing ceremony which took place on Sunday evening in Rio.

More Than 200,000 Diagnosed With Dementia in Greece