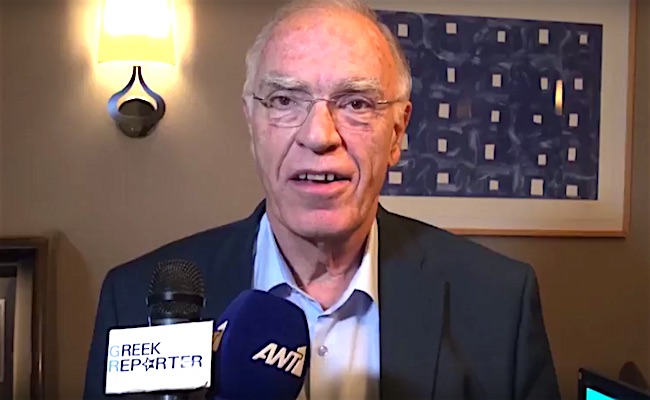 Greek MP Vasilis Leventis, who heads the Union of Centrists party, is in New York to attend the two-day Concordia Summit titled “The Future of Europe”. The event runs from September 19-20 and deals with challenges that Europe is facing, such as refugee problems, the economic crisis and the Brexit.
The panel of the summit includes foremost thought leaders on public-private partnerships and world affairs who will attend topic-driven panel discussions, intimate interviews with policy influencers and passionate addresses by world leaders in the hope of gaining valuable insight into the world’s most pressing issues.
While in New York, Leventis will take the opportunity to visit the Stathakion Cultural Center in Astoria at 19:00 on Monday, September 19, for a meeting with the leadership of the Federation of Hellenic Societies of Greater New York. There, he will address an open gathering of Greeks living abroad.
On Tuesday, he will meet with Archbishop Demetrios of America at the Holy Archdiocese of America, whereas on Wednesday he will head to the Greek school of Aghios Demetrios of Astoria. Later, he will attend a function in Baltimore as a guest of Greek-American organizations before heading to Philadelphia on Thursday.
In statements made during his arrival, Leventis outlined the goal of his visit to New York in an effort to “encourage Americans and Greek Americans to invest in Greece because the Union of Centrists guarantees political stability that is a necessary prerequisite for investments to come to Greece.”
Leventis stressed that Americans know that the debt is not viable without relief, a position that the International Monetary Fund supports. “Greece has a duty to align itself with the views of creditors regarding reforms so that the way can be paved for debt relief. At the moment, we should not be hasty,” he said.