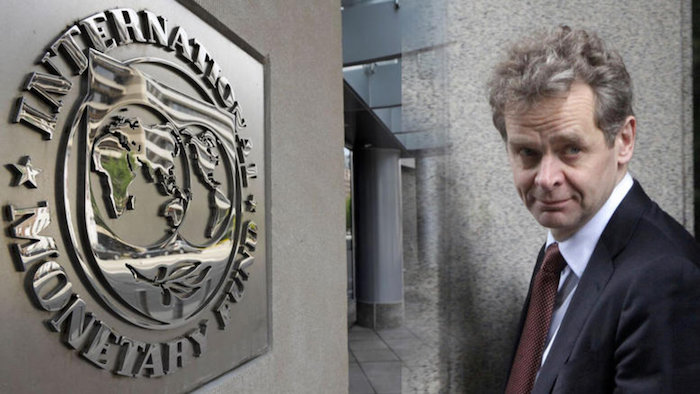 Poul Thomsen, European Department chief of the International Monetary Fund, informed the board that differences with the European institutions on the Greek debt relief issue remain, thereby the Fund cannot participate financially in the bailout program.
According to a Real.gr report from Washington, the board meeting lasted about an hour and Thomsen’s report was neither optimistic nor pessimistic.
Thomsen described in detail the Eurogroup negotiations that ended in the early morning hours on Wednesday as “complex” and said both sides showed “flexibility.”
The Dutch economist presented the agreement reached as a “road map” and noted that differences with European partners remain in the issue of debt sustainability and therefore the Fund is not in a situation to proceed with financial participation in the program.
At the same time, Thomsen emphasized the fact that the European side did not present concrete proposals for the quantification of measures for debt relief and left open the time frame. Therefore, the IMF official agreed to wait until the end of 2016 to decide whether to participate financially in the program.
According to the report, Thomsen justified to the Executive Board the concessions made — after discussing the issue with Managing Director Christine Lagarde — because Greece is in a situation that needs the disbursement of bailout funds direly. However, he noted, he did not back down on the issue of asking further guarantees from Greece in order to agree on debt relief.
Paul Thomsen noted that the European partners wish for the IMF to participate in financing the Greek program, but he stressed that the Fund needs more guarantees.
The head of the European Department said that it was a “victory” that the IMF imposed the view that the Greek debt is not sustainable and easing measures are needed. He also said that another plus for the IMF was that European institutions put an asterisk on the fiscal targets regarding the 2018 primary surplus.