GRNews
GreekReporter.comGreek NewsEconomyGreek Banks Get Back 800 Million Euros in Deposits

Greek Banks Get Back 800 Million Euros in Deposits 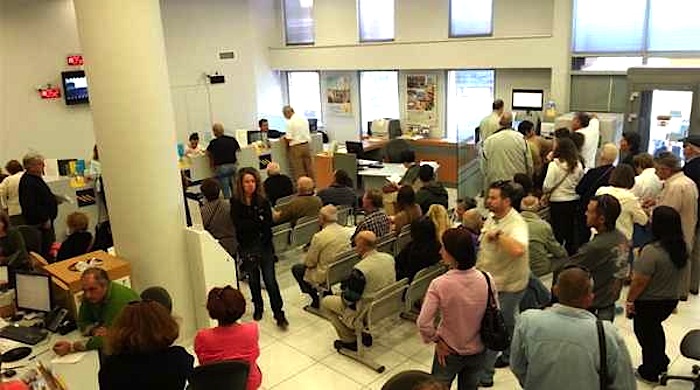 More than 800 million euros in deposits have returned to Greek banks after the latest relaxing of capital controls, almost a month ago.
According to exclusive information obtained by the Athens-Macedonian News Agency (ANA) from domestic banking sources, this money was cash being held by households. They attributed the return of 800 million euros to the banks to a decision taken by Finance Minister Euclid Tsakalotos, which eliminated a 420-euro per week limit on withdrawals for new deposits, since they were new money and not subject to any limitation. Bank IT systems automatically recognize the new deposits. The same decision allowed depositors to withdraw up to 840 euros in cash every two weeks, or make an early (partial or whole) repayment of a loan.
Domestic banking sources said that the return of more than 800 million euros in deposits to Greek banks — the Bank of Greece is expected to release official figures soon — was a boosting injection which combined with a resolution of non-performing loans, would allow the funding of the real economy and enterprises. Repayment of state arrears to the private sector is also expected to boost liquidity in the market. Finance ministry sources told ANA that from the 2.8-billion-euro sub-tranche, a sum of around 1.7 billion earmarked for the repayment of state arrears to the private sector was expected to be disbursed regardless of the implementation of the 15 milestones of the first review of the Greek program.
Source: ANA-MPA