GRNews
GreekReporter.comGreek NewsEconomyGreek PM Calls on Europe to Ease Greek Debt as Did for... 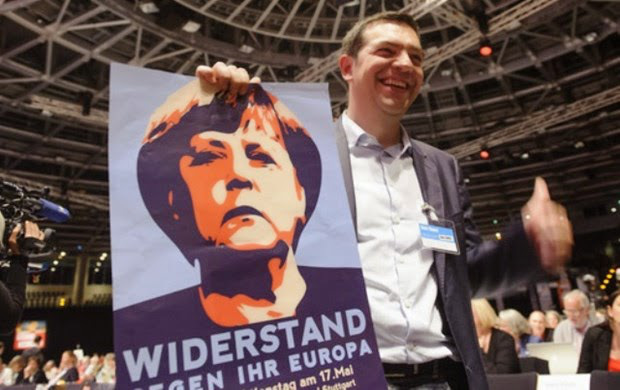 Prime Minister Alexis Tsipras has called on Europe to offer debt relief to Greece, on the 63rd anniversary of the generous debt write-off to Germany (August 8, 1953).
In a message he posted on Facebook, the Greek prime minister reminds Europe that the 1953 London Debt Agreement secured the write-off of 50 percent of Germany’s External Debts. Tsipras argues that Europe should do the same and grant Athens substantial debt relief, in order for the country to come out of the economic crisis.
The 1953 agreement in favor of Germany covered money owed before and after WWII and reduced West German debt by 50 percent and stretched the repayment period to 30 years. This helped Germany recover after the defeat and later become a world economic power.
“On this day, on August 8, 1953, a nearly six-month negotiation between Germany and its creditors was concluded, with the signing of the London Debt Agreement. The debt-ridden and war-torn Germany enjoys the ultimate move of solidarity in modern European history by having 60 percent of its foreign debt cancelled, its internal debts restructured and a trade surplus clause,” Tsipras wrote, stressing that Greece was one of the countries that signed the deal.
The Greek PM also wrote that Greece’s debt relief has been a goal of SYRIZA from the start, even when in opposition. He also wrote that after the May 24 agreement between Greece’s and euro zone finance ministers, debt easing will be discussed again in 2018, after the successful completion of the country’s bailout program.
“Europe must rise to the occasion and turn its gaze to the future by signing a new social contract that will guarantee the prosperity of its people,” Tsipras added.