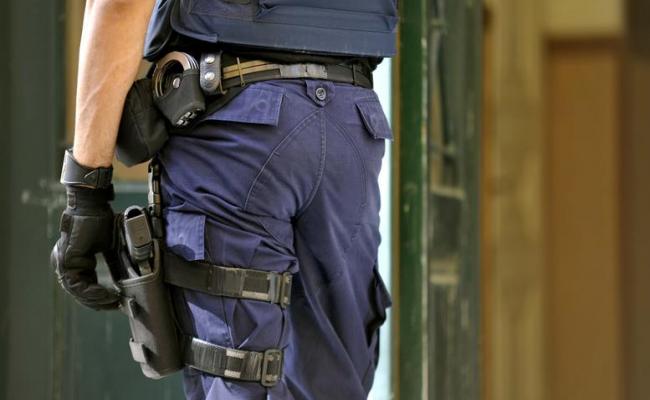 An undercover investigation in Chania, Crete, ended with the arrest of five police officers who played a role in smuggling weapons and ammunition in frozen meat packaging. The officers, charged with participating in a conspiracy ring and arms smuggling, were from the regional police departments and the DIAS motorcycle squad.
The officers smuggled Kalashnikov rifles, pistols and ammunition into Greece and distributed these in areas around their base in Crete, as well as around Attica and other parts of the country.
The investigation began following a tip-off that a crime ring wanted to purchase heavy weaponry such as RPG and anti-tank weapons. An investigation found that the ring had ordered weapons from mainly German and Austrian companies with one of the Austrian-based suppliers already under Europol’s attention for selling “collectables” that were later confiscated and found to be in full working order in Spain, Germany, Finland and the UK.
Police are examining deliveries that were made to Greece in the past, with the Greek anti-terrorism squad also involved in the operations. One of the leads includes a Finnish company that was found to have sold weapons, including Glock pistols, to members of the local radical Conspiracy of the Cells of Fire group.