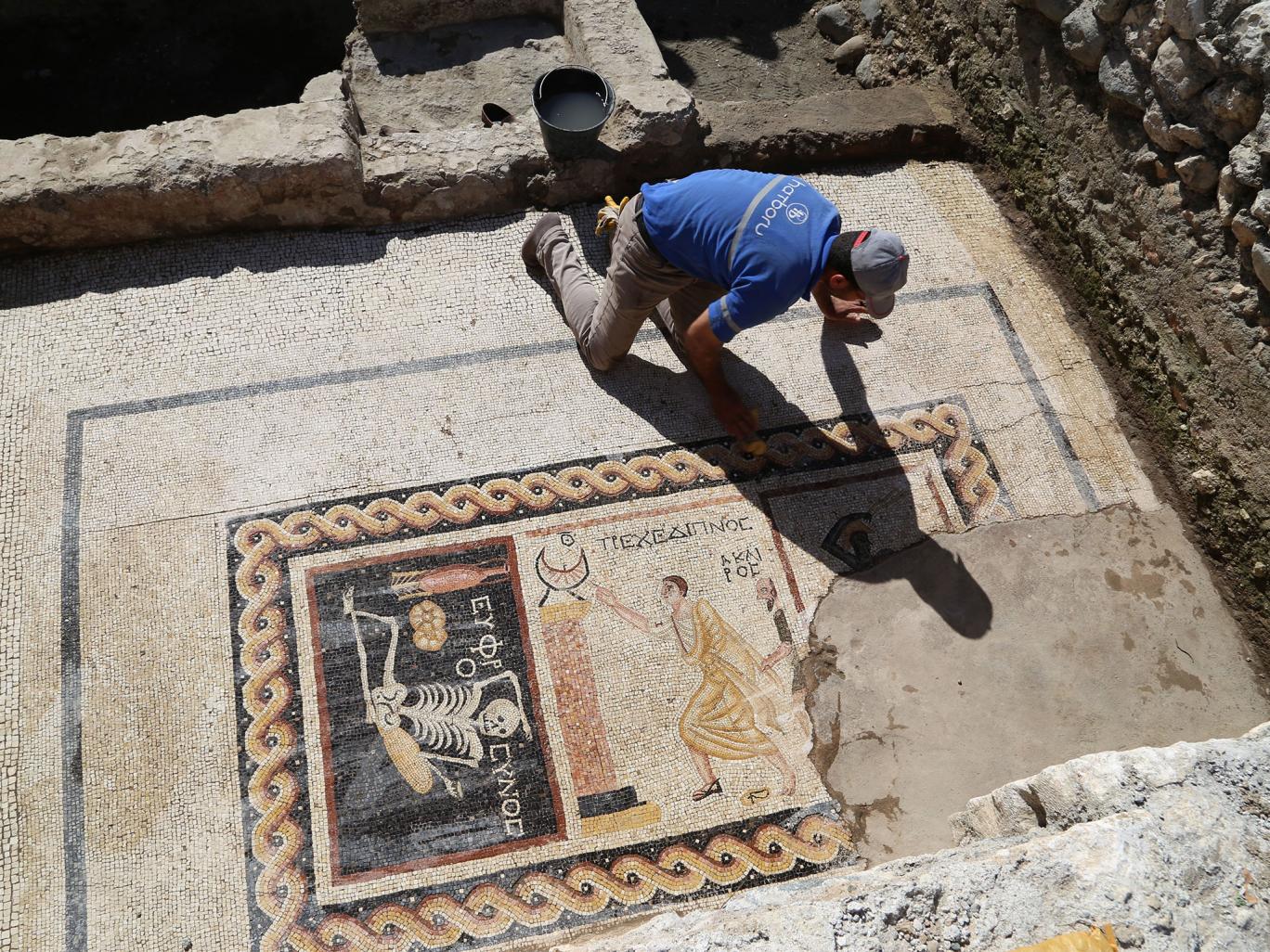 The floor tiles, found in Hatay province on the Turkish-Syrian border, show a skeleton lying down with a wine pitcher and loaf of bread alongside Ancient Greek text that reads: “Be cheerful, enjoy your life.”

Hatay is known for its vast collection of Roman-era mosaics.

According to archaeologist Demet Kara from the Hatay Archaeology Museum, the mosaic is an artefact from the ancient Greek-Roman city of Antioch. Established in the 3rd century BC, the city of Antioch is said to be the first place where Jesus’s followers were referred to as Christians.

“Two things are very important among the elite class in the Roman period in terms of social activities,” said Kara to Hurriyet Daily News, “the first is the bath and the second is dinner.”