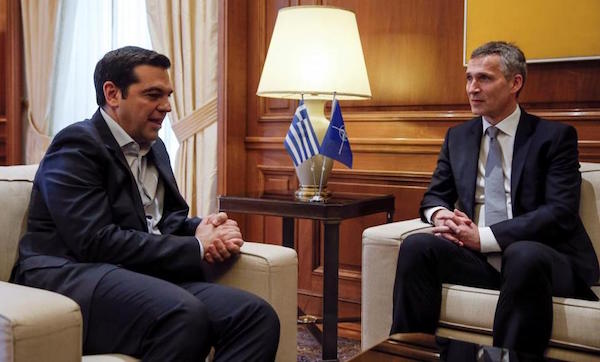 Since NATO started patrolling the Aegean Sea in an attempt to reduce the number of refugees attempting to cross from Turkey to the Greek islands, various obstacles have arisen.
While having to deal with the task of trying to keep one step ahead of people smugglers, NATO and Greek authorities also have the added issue of having to cope with various Turkish demands.
According to Greek Prime Minister, Alexis Tsipras, speaking after a recent meeting with NATO Secretary-General, Jens Stoltenberg, not having full operational access in the affected region has provided further problems in attempts to manage the influx.
Tspiras also insinuated that Turkish authorities unilateral demands and positions ‘are expressed through a rise in activities which violate our airspace’.
This comes despite an agreement signed between the European Union and Turkey only last month to close off the main route to Europe, which is from Turkey to Greece, by increasing patrols around the affected areas. While the deal initially saw a significant reduction in the number of people making the crossing, numbers have begun to increase again in recent days. Reason for this could be an improvement in the weather or, more significantly, people smugglers may be attempting to outwit authorities.
Despite the recent setback, Tsipras remains determined, ‘Greece will undertake every effort so that NATO’s mission contributes to the solution of the crisis’, he said.