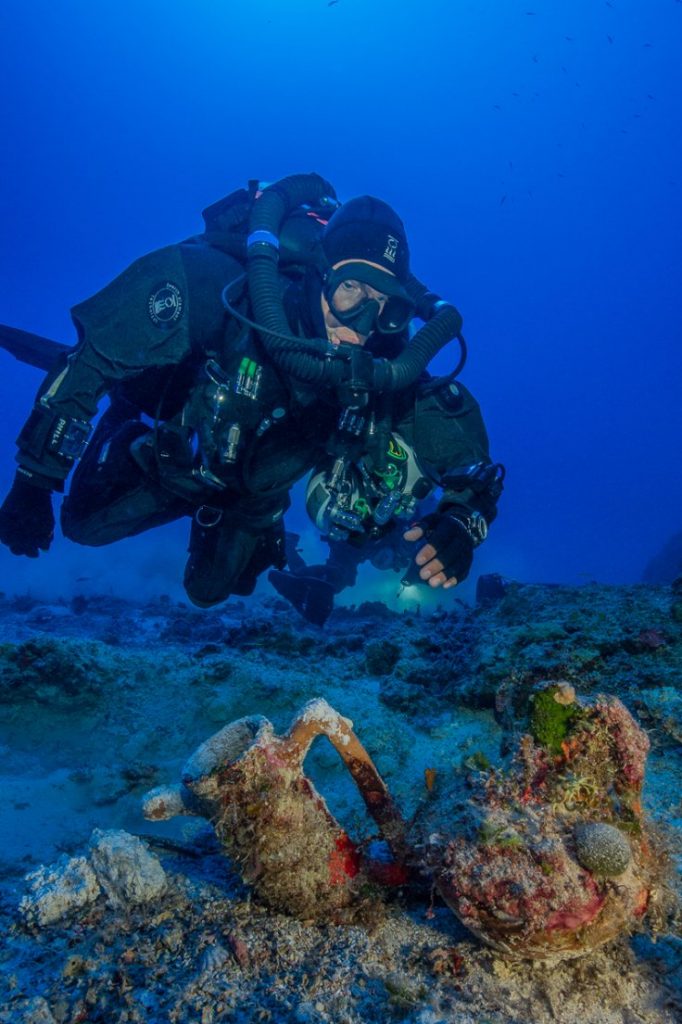 The analysis of ancient DNA is a new and powerful method for today’s scientists to understand more about life thousands of years ago, according to an International Business Times UK report.
Ancient Greek shipwrecks can provide valuable information of how life was back then. “By my rough, conservative estimate there are at least three-quarters of a million ancient shipwrecks undiscovered in the Mediterranean alone. Shipwrecks are packets of information that help us understand ancient civilizations,” Brendan Foley, an archaeologist at the Woods Hole Oceanographic Institution in Massachusetts, told IBT UK.
A Greek shipwreck located between Chios and Oinousses revealed two 2,400-year-old ceramic jars containing the ancient DNA fragments of olive and oregano in one, and mastic in the other.
Mastic has been used as a medicine in ancient Greece and was given as a remedy for snakebite. Hippocrates wrote that the mastic was good for prevention of digestive problems and colds.
In the ancient Mediterranean, specially designed ceramic shipping containers carried a wide range of goods.
Until now, determining the original contents of these ceramic objects has been difficult, but with improved DNA methods, archaeologists will be able to identify artefacts’ contents even when no physical remains are apparent.
Foley is working with Greek archaeologists to explore a massive wreck off the Greek island of Antikythera. The ship that sank more than 2,000 years ago, was found in 1900. It carried many expensive objects, including statues, glass bowls, perfume jars, coins and jewellery.
A series of scientific analyses are now being conducted on these items, including DNA analysis of ancient ceramic jars to identify the 2,000 year-old content. Isotope analysis of lead objects will determine where the lead was mined, to reveal the home port of the ship.
Foley believes that underwater archaeology is an exciting way to bring the past back to life, as there is a huge amount of data on the sea floor waiting to be tapped into. “In the water you’ve got everything – from the most mundane stuff of everyday trade to some of the very valuable, elite goods,” he told IBT UK, adding: “Bronze statues are preserved on shipwrecks that would otherwise have been melted down and re-used if it were on land.”
The archaeological team tried several methods to extract the DNA from the shipwreck artefacts, such as scraping the inner walls of the containers. Foley turned to the latest technology available, which was being used by the Massachusetts state police forensics lab. “We asked them how they recovered trace DNA from crime scenes and they put us on to these swabs that they use to extract tiny bits of DNA from. We tried this with the archaeological artefacts and it worked much better than the physical scraping method, and has the benefit of being completely non-destructive.”
The archaeologist’s goal is to find the transition from the Stone Age to the Bronze Age. “You can think of these shipwrecks as ancient telephone calls. The transmission lines are the shipping lanes and the ship’s themselves are packets of information. With our technology now we can go out and find these telephone lines and eavesdrop on these ancient telephone calls. It would give us a really good understanding of how our distant ancestors created and invented civilization, and actively transmitted civilization across time and space.”