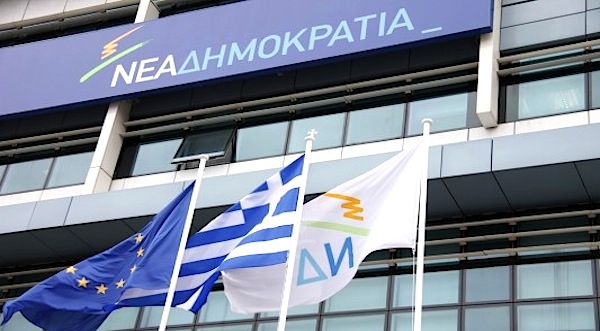 In his message on the occasion of Greek Independence Day, the leader of the New Democracy Party Kyriakos Mitsotakis focused on the need of a “common front” in light of the challenges and difficulties facing the nation today.
“We honor the Greek women and Greek men that fought and sacrificed themselves for the nation’s independence, for freedom, justice and economic advance,” said Mr. Mitsotakis.
March 25 is both a national (revolution against the Ottoman empire) and religious holiday (Annunciation) in Greece, and the leader of the New Democracy Party did not fail to make mention of the religious significance of March 25, saying this is a great day for Orthodoxy, for all Greeks.
The Greek Orthodox Church celebrates the Annunciation by archangel Gabriel to the Virgin Mary that she should become the mother of Jesus Christ the Son of God. March 25 is exactly nine months before Christmas.
In addressing the nation, Mr. Mitsotakis said that “we can make it as long as we are united, away from the divisions of the past.”