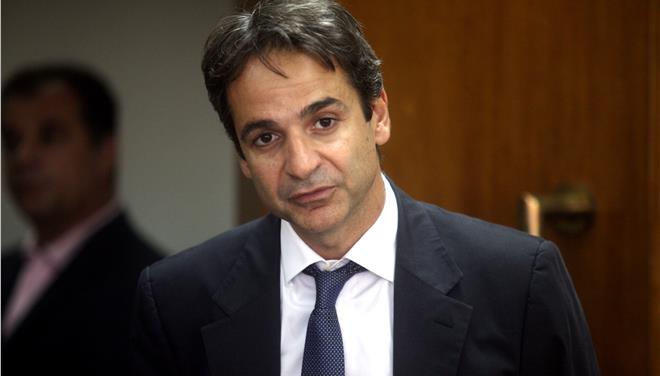 Main opposition New Democracy (ND) leader Kyriakos Mitsotakis expressed his concern over NATO‘s involvement in patrols in the eastern Aegean aimed at cracking down on migrant smuggling, speaking during a television interview Monday evening.
“I went to Brussels and did not criticize the Greek government’s delays over the last six months. I said the government is trying while Europe has not done what it should have. I did my job and kept a responsible stance,” he said, noting that “we are sitting on a bomb. It is imperative to consider alternative scenarios.”
Regarding his relations with President of Republic Prokopis Pavlopoulos, whom he did not back during a parliament vote to elect a new president last year, Mitsotakis said he does not regret his decision, while adding that Pavlopoulos is a good president.
He sternly rejected speculation that he was pressured by members of the European People’s Party and during his meeting with German Chancellor Angela Merkel, noting that on the refugee crisis, in particular, the German Chancellor backed Greek positions.
Referring to the broadcast TV licences, he said the relevant law will not be applied and will have huge constitutional problems, while he wondered why the government is allocating only four TV licenses. He also accused the government of trying to control the media sector.
On the possibility of early elections, Mitsotakis said that “between an ecumenical government and early elections I prefer elections. Our economy can withstand another round of elections.”
“I will not provoke them and I do not want them,” he said and rejected the possibility of a coalition government with another prime minister.
(Source: ANA MPA)