GRNews
GreekReporter.comGreeceMore Than 2,000 Refugees Land on Lesbos in One Day

More Than 2,000 Refugees Land on Lesbos in One Day 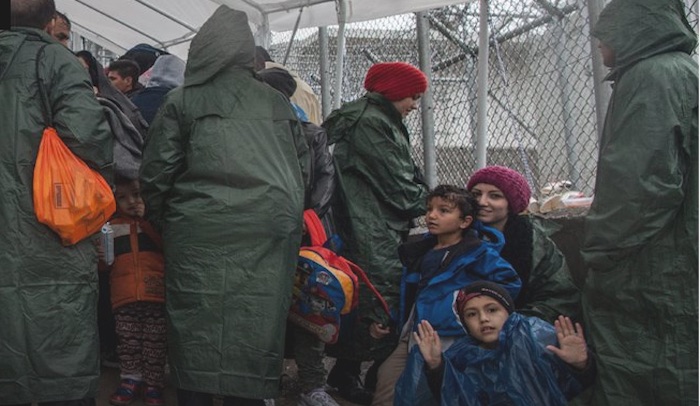 A total of 2,090 refugees were rescued and brought to Lesbos island in the past 24 hours alone, according to the Hellenic Coast Guard.
Authorities say that in the past three days more than 6,000 refugees and migrants were registered in the island’s hotspot. At the same time, coast guard and Frontex are involved in dozens of rescue missions daily.
At the Moria registration center on Lesbos, on Friday morning there were 2,343 refugees and migrants who were processed and ready to be transferred to Piraeus Port. According to Lesbos authorities, 1,968 left Mytilene Port on Thursday.
On Friday morning, Ariadni ferry arrived at Piraeus Port carrying 1,835 refugees from Lesbos and Chios. Blue Star 1 will arrive later on Friday carrying 1,534 refugees from the same islands. Blue Star 2 will also bring 70 refugees from Kos on Friday.
Portugal offers to take refugees from Greece in a gesture of solidarity
Portuguese Prime Minister Antonio Costa has offered to take in several thousands of refugees from Greece in a gesture of “solidarity.”
Costa sent a letter to Greek Prime Minister Alexis Tsipras saying that Portugal is able to accommodate 2,800 asylum seekers initially but may be able to find room for another 2,500 to 3,000 beyond that.
In his letter, Costa acknowledges that the numbers involved will not make a material difference to Greece’s challenges, but it is important to show Lisbon’s support to Greece.