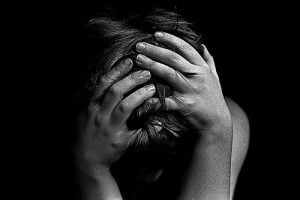 The misery index is an economic indicator, created by economist Arthur Okun, and referred to the sum of the unemployment and inflation rates.
The misery index was used widely in the 1960s and 1970s as a way of finding out if people were happy when inflation surged from one peak to another, but most economists have stopped using it since we live now in an era of chronically low inflation.
But there are exceptions. Mostly conservative economists such as Steve H. Hanke, Professor of Applied Economics at The Johns Hopkins University in Baltimore and a Senior Fellow at the Cato Institute in Washington, D.C., still use the misery index after having made some fine refinements to it, such as adding measures of real output growth and an interest rate to it in an attempt to capture macroeconomic factors other than inflation and unemployment that make people unhappy.
In an article in the current issue of Globe Asia, Hanke has produced misery index scores for the economies in the Americas, Asia, Europe, and the Middle East/Africa to see how they fared in 2014-15 period.
As he indicates in his article titled “Economic Headwinds, Big Players, Regime Uncertainty, and the Misery Index,” the misery index score is “simply the sum of the unemployment, inflation, and bank lending rates, minus the percentage change in real GDP per capita.”
The data Hanke uses to compile the misery index scores for every country included in his study are derived from the Economist Intelligence Unit.
According to Hanke’s misery index score for Europe, Greece tops the list among EU members states with an index score of 29.0 (for comparison purposes, in Ireland the misery index score is 5.9) and occupies spot No. 6 on the entire Europe list, which includes countries such as Ukraine, Russia, Serbia, Moldova and FYROM.
This may not be the most scientific way to measure how happy – or how miserable – people are in a given country, but the misery index score for Greece supports poll finds, such as the one conducted by World Gallop Poll in 2015, which showed Greece recording the lowest satisfaction rating among all OECD countries.
Eight to ten years ago, if anyone had even suggested that Greece might one day be regarded as the most miserable country in Europe, he/she would have been considered a lunatic. The Greek economy was rapidly growing, although deeply immersed in corruption and inefficiency, and citizens and government alike were borrowing and spending like there was no tomorrow.
The question then of who is to blame for the current miserable condition of the land that provided the foundation for the rise of Western civilization will continue to divide Greeks and the world at large for a long time to come, especially since the economic crisis goes on, like an odyssey without end.