Two Refugee Boats Sink in the Aegean; At Least 41 Dead 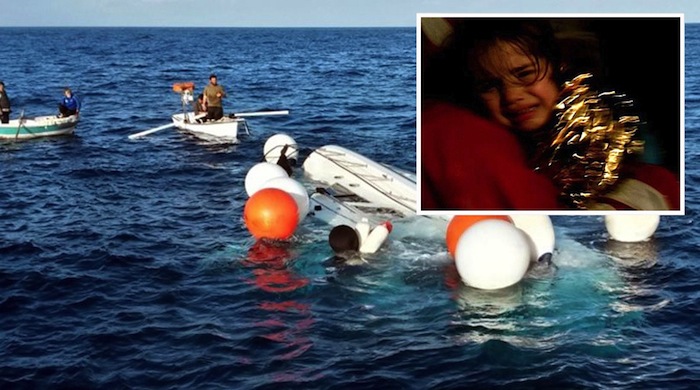 Two boats carrying refugees and migrants from Turkey to Greece have sunk in the Aegean, leaving 41 dead with 17 children among them.
In two separate incidents off the Greek islands of Kalolymnos and Farmakonisi, at least 21 people lost their lives dead, while dozens were saved by the Hellenic Coast Guard.
In the Kalolymnos island area, a boat carrying an unknown number of refugees and migrants sank, despite the good weather conditions. The coast guard rescue boats pulled 34 dead out of the water – 11 of them children – and managed to rescue 26 people so far.
According to survivors, more than 80 people were aboard the vessel. Rescue efforts continue.
Earlier, on another similar incident off Farmakonisi island, seven refugees drowned with six of them being children.
According to the coast guard, the refugees were aboard a wooden boat that crashed on rocks. As a result a woman and six children lost their lives.
A Frontex boat and a Hellenic Coast Guard boat rushed on the spot and managed to rescue an underage girl. The remaining passengers had managed to reach the coast safely.
http://www.protothema.gr/greece/article/546814/neo-nauagio-me-epta-nekrous-metanastes-sto-farmakonisi/