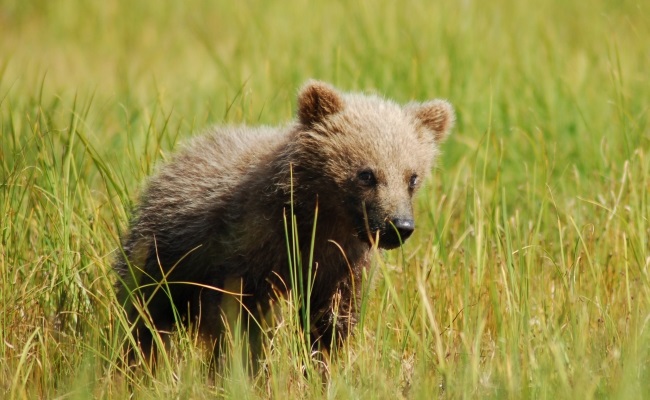 Despite spending a lifetime in captivity in Thessaloniki‘s zoo, the brown bears Sasha and Alexandra have managed to adapt beautifully to a life closer to their natural wild state, at the Arktouros Shelter for brown bears in Nymphaio, Florina, and successfully entered winter hibernation, staff at the shelter reported on Thursday.
Arktouros staff said that the instincts of the two sisters, who in 23 years had never been given a chance to follow their biological clock, appeared to be in perfect working order. Staff said they were amazed when the two bears began collecting leaves to line their dens, in the time-honored ursine fashion in the wild, and were among the first of the Arktouros bears to retire for their winter sleep.
“We were stunned by their behavior since they have spent their entire lives in captivity. It is unbelievable how they knew to gather leaves to make their nest or even to eat beech nuts, which they have never eaten before and are trees that do not even bear fruit every year!” said Arktouros’ Panos Stefanou.
He said the other nine bears that the shelter had, have now also gone into hibernation.
The two bears arrived in Greece in November 1993, transferred from the zoo in Belgrade. They were found when they were just three months old, wandering alone without their mother, who had been killed in a minefield.