Greek Police to do ID Checks on Volunteers Helping Refugees 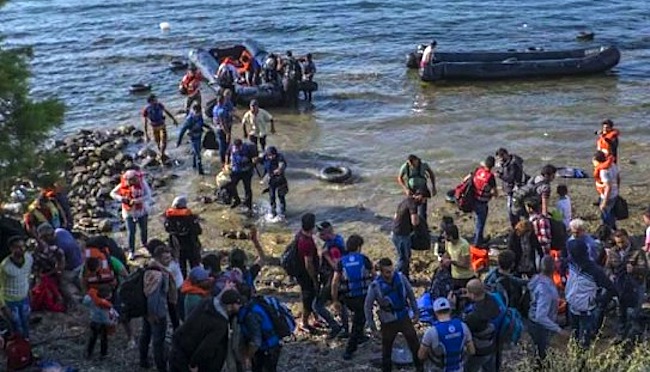 Greek Police announced on Friday the launch, in collaboration with EU border agency Frontex, of round-the-clock ID checks of volunteers and non-governmental organizations (NGO) currently operating in the North Aegean and assisting refugees arriving on the islands.
“It is not our intention to offend the volunteers or the NGO staff and their work but only to stress the presence of the police along the coast and at the points where migrants and refugees generally alight,” a senior police officer told the Athens-Macedonian News Agency.
The source said the police operation chiefly aimed to identify individuals who posed as volunteers in order to steal the belongings of migrants and refugees, or make off with the boats and outboard motors they arrived in.
He said that volunteers working on the coast will be asked to produce a police ID card and to name the organization they work for, at which point police officers will check to see if the specific NGO is accredited.
“The entire process, if everything checks out, will end there,” he added, saying the aim was to bolster a sense of security among island residents, who had become alarmed by recent reports concerning the hundreds of NGO workers and volunteers who were currently on the islands and were interfering in refugee management issues without any kind of monitoring or control.
(source: ana-mpa)