GRNews
GreekReporter.comGreeceVasilopita: The Roots of Greek New Year's Cake and How to Make...

Vasilopita: The Roots of Greek New Year's Cake and How to Make it 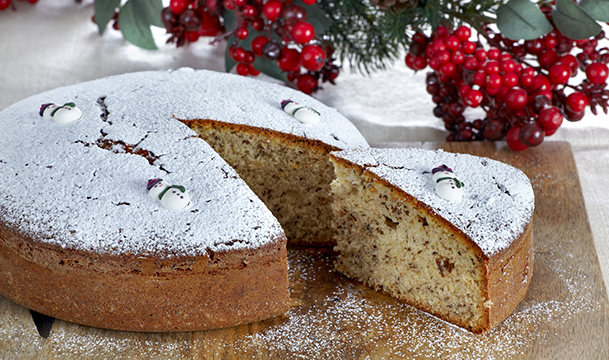 Vasilopita is a traditional Greek dessert prepared across Greece for New Year’s Day with the roots of the tradition stemming from the legend of Saint Basil.
According to legend, St. Basil called on the citizens of Caesarea to raise a ransom payment to stop the siege of the city. Each member of the city gave whatever they had in gold and jewelry. When the ransom was raised, the enemy was so embarrassed by the act of collective giving that he called off the siege without collecting payment.
St. Basil was then tasked with returning the unpaid ransom, but had no way to know which items belonged to which family. So he baked all of the jewelry into loaves of bread and distributed the loaves to the city, and by a miracle each citizen received their exact share, the legend goes.
At midnight after the year changes, families across Greece cut the vasilopita to bless the house and bring good luck for the new year. A coin is hidden in the cake before baking and the sign of the cross is etched with a knife across the cake. A piece of cake is sliced for each member of the family and any visitors present at the time, usually by order of age from eldest to youngest. Slices are also cut for symbolic people or groups, depending on each family’s tradition.
In older times, the coin was often a valuable one, such as a gold sovereign. Nowadays there is often a prearranged gift, usually a charm that is given to the coin recipient, which is supposed to bring its owner luck.
We asked Greek chef Peter Minaki of Kalofagas.ca and author of “Everything Easy Mediteterranean” for his original recipe and to lay out the process of making a Greek vasilopita.
1 cup unsalted butter
1 1/2 cups sugar
3 cups all purpose flour
pinch of salt
6 large eggs (whites & yolks separated)
1 shot of orange liqueur
1 Tbsp. of baking powder
zest of 1 orange
10inch round spring form pan
Pre-heated 350F oven
Whip your egg whites into a meringue and reserve. In a large bowl, use a mixer to blend the butter, sugar and add yolks, one at a time.
Add the liqueur and the zest then add the flour, salt and baking powder. Slowly fold the meringue into the batter.
Place a foil-wrapped coin randomly into the cake mix.
Bake on the middle rack for 40 minutes or until a toothpick inserted into the center comes out clean. Let cool on a rack for an hour.
Make a paper stencil of the new year you’re celebrating, place it on the cake and dust the top of the cake with icing sugar.