Athens One of the Most Popular Christmas Destinations 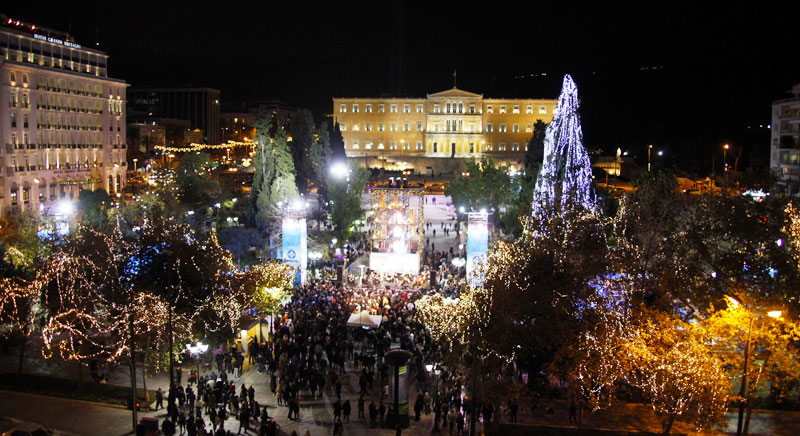 Athens is one of the most popular European Christmas destinations. In specific, the Greek capital ranks 24th in preferred destinations among foreign tourists, beating out other European destinations. The first places are occupied by London, Paris, Berlin and Rome.
Athens, despite being one of Europe’s most popular destinations, is also one of the cheapest with hotel rates averaging about 74 euros a night during the Christmas period. In order to attract tourists from new markets in Europe during the winter period, Athens’ International Airport along with Marketing Greece, have started a new promotional campaign entitled “Speak Aθenian. Be an Aθenian,” to promote Athens as a destination.
The objective of this new effort is to showcase the Athenian experience and lifestyle as well as to promote the capital as a city break destination. Over the past two years, Athens has already gained significant momentum in attracting foreign tourists, something that will continue in 2016, through the coordinated actions of various stakeholders and under the supervision of the Municipality of Athens and the involvement of the private sector.
Communication and Marketing Director of  Athens’ International Airport  Ioanna Papadopoulou, said: “With the ‘Speak Aθenian. Be an Aθenian’ campaign, our guests can create a new language and express with their own way their Athenian identity after experiencing the  history and evolution that make up the DNA of our city.”