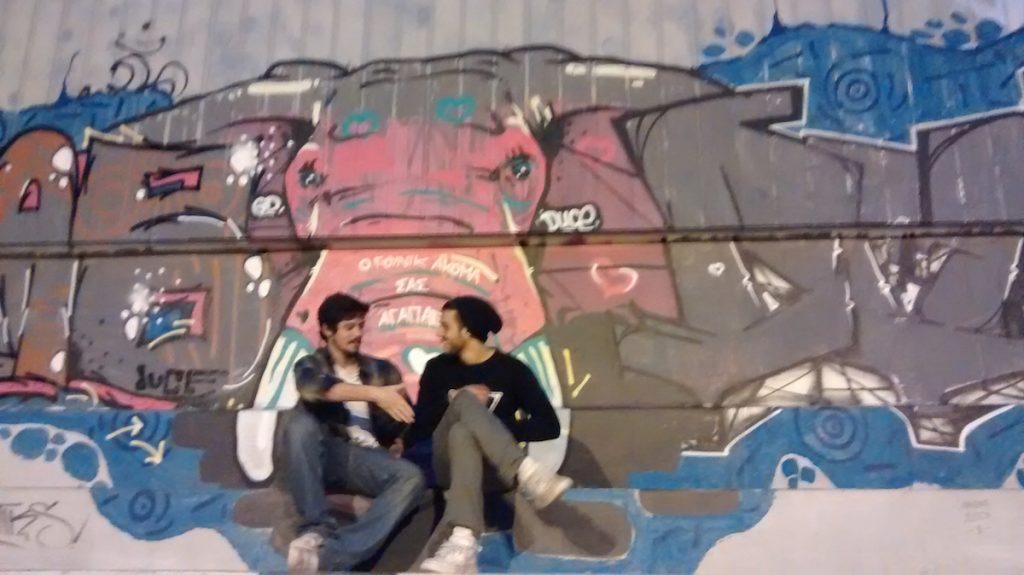 We spoke to one of Greece’s most popular street artists to find out if the crisis played a role in Athens’ graffiti renaissance.
A few months ago a German friend of mine who was visiting Greece told me she considers Athens a very “hip” city. This was surprising to me since I believed Athens is many things, but “hip” is not one them. She went on explaining that “you can’t help but notice the amount of graffiti in this city.” That’s when I really started noticing that any surface that can be sprayed upon is covered with a maddening number of signatures and designs.
Athens is not a city one normally associates with a creative street art culture and this is why I decided to look into it. I went on exploring the streets of Athens and really paying attention to what, so far, was passing by me unnoticed. For someone living in Athens like myself these are things we maybe never look at, so I had to look at things the way a tourist would. By exploring the back streets of the Greek capital, in spaces not immediately obvious, or visible I came upon marvelous works of street art, some of them associated with the Greek economic crisis and some of them not, but all of the pieces had something to say.

I started investigating the roots of Greek graffiti and found out that graffiti in Athens is as old as the city itself. In ancient times graffiti was carved into buildings and in fact the word comes from the Greek graphi which means writing. During the Nazi occupation, the Civil War and the 1967 Junta, political graffiti was common in Athens and served a purpose. Some say that this contemporary street art, which depicts the economic crisis is also a means of rebelling against all that Greece is facing. Others argue that it is mostly the work of frustrated kids whose “signatures” all over the city seem like a cry for help to a world that does not notice they exist. I believe the truth is somewhere in between. 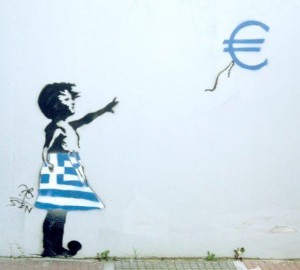 Taking my research a step further, I decided to get into the graffiti world and meet one of Athens’s most notorious street artists. Hence, I was introduced to Leonidas Sampanis or Uniq, he is most commonly known for doing pieces with elephants serving as his subject. He is also known for painting in places which usualy make people feel uncomftorable trying to give them a different feel. What he had to say changed the way I thought about graffiti around the city.

Uniq completely disagrees that the street art we see around Athens has anything to do with the crisis like most people have come to believe.
“Graffiti is just a game for me, it has nothing to do with inspiration or politics it’s just a way to spend my time with my friends on a weekend” he noted. 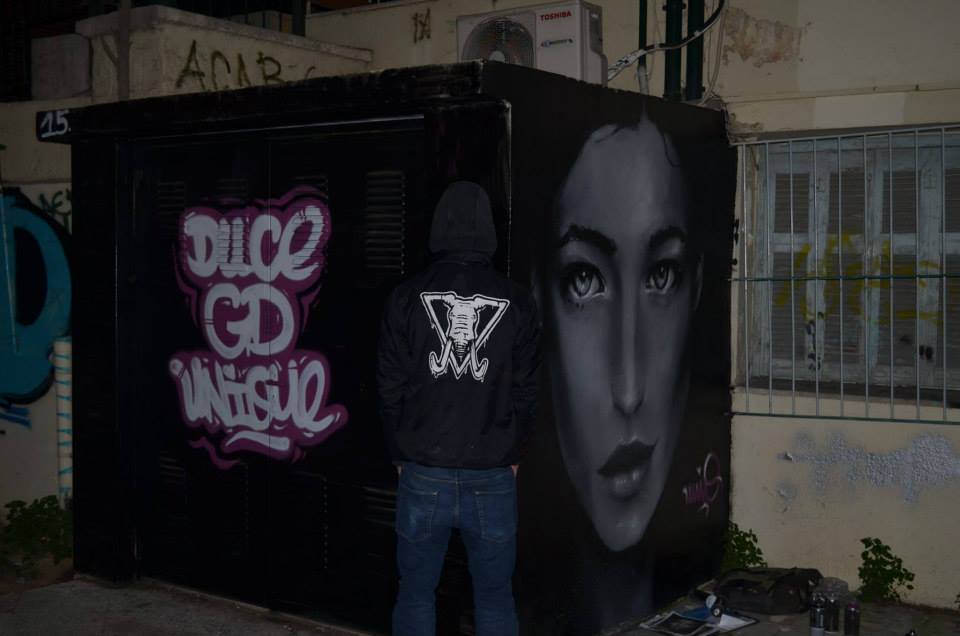 When asked why he believes there is so much graffiti everywhere he said that Athens has its own way to express itself, and since nowadays it is easier to find spray cans, it is easier to spray-paint. He went on saying that “the people who do political graffiti are just crying out about the situation, it’s not like they are changing anything. If you want to do something do it by yourself, instead of making graffiti about a homeless person you can give somebody shelter, a blanket, or anything”. Uniq insisted that even though people are trying to translate all the graffiti seen around Athens as a sign of rebellion he strongly doubts that this is really what the artists had in mind, he believes that political graffiti and political music should be followed by meaningful actions.
“If I want to do something to help other people I will do it without telling anyone or trying to be famous about it”Uniq said. 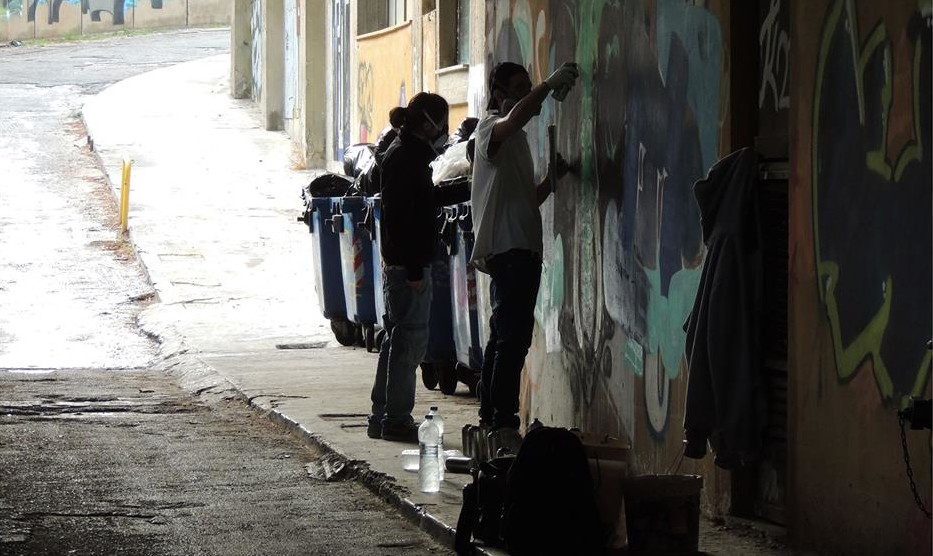 Have we ever really considered if all the crisis related street art we see around Athens really helped anybody, are these artists really trying to change Greece or are they considering it just a quick way to get noticed? Do these young men and women, or adolescents actually have a desire to make art or are they just having fun?
We may never get a straight answer to any of these questions and we may never agree on the purpose of Greek contemporary street art, but one thing is for sure if you look around Athens you will find jaw dropping artwork pieces which will enthrall you.
Athens is truly the European capital of graffiti right now. 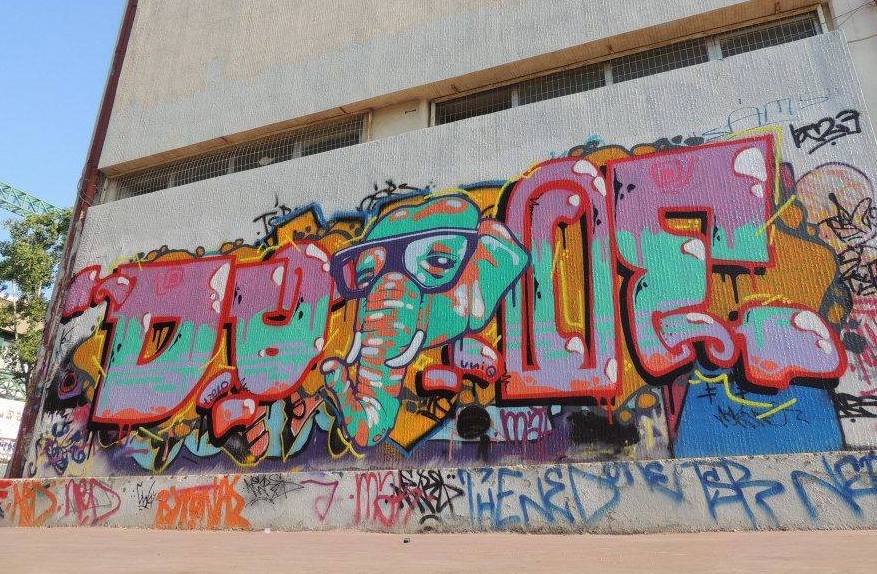