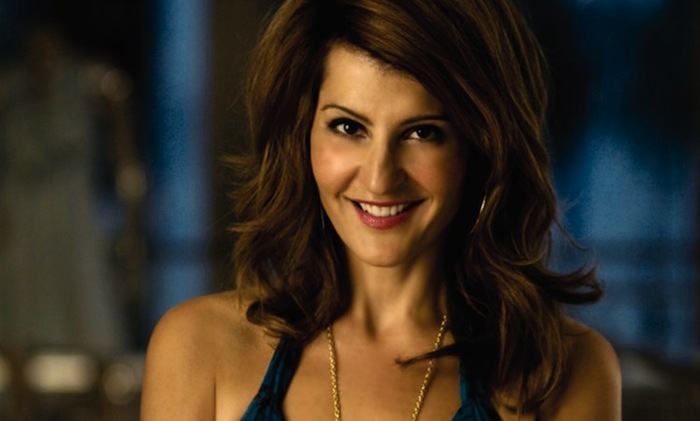 Nia Vardalos has been quite busy this year filming and preparing for the premiere of “My Big Fat Greek Wedding 2”, and now she has taken on hosting duties for ABC’s new “The Great Holiday Baking Show”.

Vardalos will host the ABC show set to premiere on November 30th at 10 PM along with husband Ian Gomez. It is based on the UK hit “The Great British Bake Off”.

The series pits amateur bakers against each other in a competition to be declared “America’s Best Holiday Baker”; each week will have its owned themed challenges, and one contestant will be eliminated on every show. The first week’s theme is Christmas cookies, and will include three separate competitions for the contestants which will test their creativity and culinary skills.

Two confirmed judges on the show will be James Beard Award-Winning pastry chef and author Johnny Iuzzini and Mary Berry, England’s “Royal Queen of Baking,” famous in the UK as an author and television personality.

Vardalos’ popular appeal and family-oriented image make her a great host for “The Great Holiday Baking Show”. Tune in on ABC November 30th to see how she does along with husband Ian, and you will salivate over the delicious cookies of the contestants!