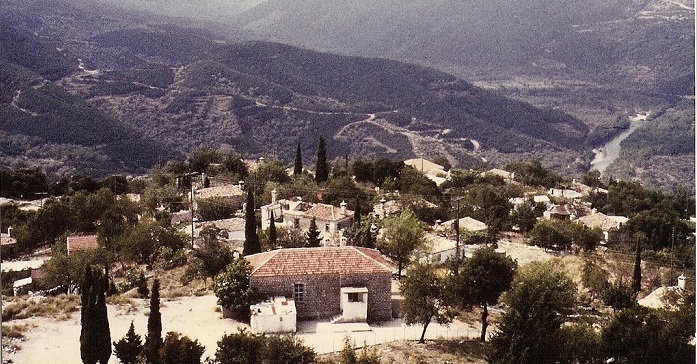 The remarkable fortified settlement of Osdina or Ouzdina in the region of Thesprotia, western Greece, opened to the public Tuesday, October 20, under the name “Archaeological Park of Byzantine-Post Byzantine Settlement of Ouzdina”.
The abandoned fortress-town of Ouzdina, that was built on a hill over the exit of Kalamas river canyon, was restored and constitutes an example of a settlement that survived through the centuries and keeps architectural remnants of the classical Hellenistic up to post Byzantine period.
The settlement is densely built with narrow cobblestone streets. The homes on the hill are made of dry-stone and a fortress wall encloses and protects the settlement from the north, south, and east sides, while the west side is protected by natural rock.
Tradition says that ten churches existed in Ouzdina. Today we can see eight churches and a museum.
The name of the settlement may derive from the old Slavic ozdbna that means furnace for cereals drying. Today, the specific name is known outside the Greek territory as Uzdin in Serbia, and Oyzdino in the FYROM. However, British scholar of ancient Greece, Nicholas Hammond, identifies the name Ouzdina with Ophtini of ancient springs. The settlement flourished possibly during the post Byzantine period and mostly in the first years of Ottoman rule.
Ouzdina was abandoned, for unknown reasons, in the first half of the 18th century.
(Source: ANA-MPA)