Greek Island of Crete in the Heart of Saint Petersburg 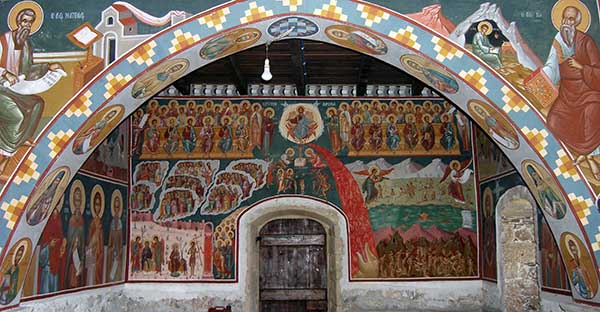 The heart of Modern Crete’s culture will beat in St. Petersburg, Russia through the icons and other exhibits from Eastern Crete presented in the Concert-Exhibition Hall “Smolny Cathedral,” at the initiative of the Russian government there.

More than 50 works of one of the best contemporary painters in Crete, Manolis Betinakis traveled from Lasithi to St. Petersburg, to be exhibited from October 4 to November 15.

Unfortunately, the artist was unable to attend the opening of the exhibition, however, he was able to give a short speech, through the power of the internet. “Russia and Crete, Greece. There have been close cultural links between us for centuries. Already in the 13th century Russian pilgrims visited the Greek island’s holy grounds. The cultural contact issues have been discussed in scientific conferences in Moscow and Heraklion and were the subject of various exhibitions in both Crete and Russia,” he said.

The exhibition “Those icons made without hand…” gives a unique opportunity to see the works of Manolis Betinakis gathered together from different churches and monasteries of Crete.

Betinakis was born in Heraklion in 1946. At the age of sixteen he started studying as a painter under the guidance of Greek icon painter Giorgos Manousakisis. Since then he started working on hagiography professionally. His unique works show great intensity, focus and rigor combined with bright, saturated colors.